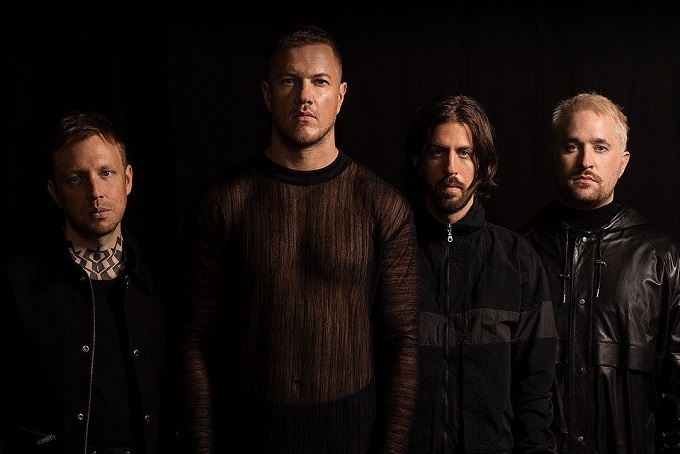 Three years after releasing Origins, Imagine Dragons unveiled their fifth studio album, Mercury – Act 1, last Friday, and fans couldn’t contain their excitement. The album contains 13 tracks, and it was produced by Rick Rubin, who has collaborated with Ed Sheeran and Adele.

Back in March, frontman Dan Reynolds stated that the songs in Mercury – Act 1 reflect two extremes, a light-hearted side and a dark side. Tracks like “#1,” “Follow You,” and “One Day” are full of hope, love, and self-acceptance, whereas songs such as “Lonely,” “Wrecked,” and “Giants” manifest struggles with mental health, substance abuse, and grief.

Through the years, Imagine Dragons have been very outspoken about the importance of mental health. This album offers lyrics about living with anxiety and depression, but it also allows space for reflection and accepting life’s rough moments. In “#1,” the band sends a message to the listeners to have faith in themselves and forget about other people’s opinions. The lyrics “’cause I know what I’m meant to be / These people might not see / When it’s all been said and done / I’m still my number one” can become a great anthem for people who struggle with self-esteem.

One of the most outstanding tracks in the album is “Dull Knives.” Dan Reynolds’ wife, Aja Volkman collaborated in the writing process for the rock-induced song. Starting off with a slow-paced beat, “Dull Knives” becomes a potent piece of work, and Reynolds puts all his passion into it.

Mercury – Act 1 is an album of contrasts, and the opening and closing tracks prove it. In “My Life,” Dan acknowledges how unhappy he feels with himself sometimes. The singer stated that “it’s a vulnerable song, and that’s been a hard thing for me. I’ve been overly metaphorical over the years and Rick really pushed me to be more vulnerable.” On the other hand, “One Day” closes the album on a more hopeful note. Its lyrics can transport the listener to a place where everything is calm.

Imagine Dragons recorded Mercury – Act 1 at Rick Rubin’s Shangri-La recording studio in Malibu, California. The band posted some lyric videos to their YouTube channel, and we can see part of the album recording process in them. You can check out the lyric video for “No Time For Toxic People” below. Likewise, you can stream the album on Spotify and Apple Music.

One thought on “Imagine Dragons Get Vulnerable on Mercury – Act 1”