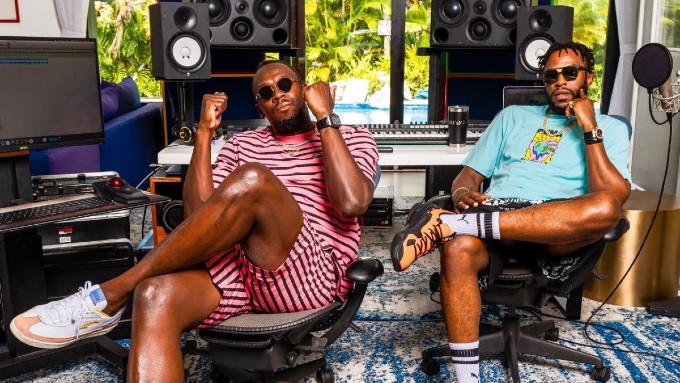 The eight-time Olympic gold medalist, Usain Bolt, known as the world’s greatest sprinter, released his first full-length album Country Yutes on September 3rd via A-Team Lifestyle Records/UnitedMasters. The album, much like the athlete himself, has raced to the top of the charts including the iTunes Reggae chart and Amazon Music. While his latest music venture may come as a surprise to some, Bolt has had a long-standing passion for music and dreamt of being a music producer.

“If you have followed my career over the years, you would see me always dancing and listening to music. It’s no secret to the world that I love music. Music has just always been a part of my DNA.”

This isn’t the legendary sprinter’s first time dabbling in the music industry. Usain Bolt was tapped by French champagne company, G.H. Mumm, to be their chief entertainment officer. The athlete’s collaboration with the champagne company brought the world “Olympe Rosé” champagne inspired by what Bolt calls “money mix” referring to a combination of cognac and champagne he and his friends drank during nights on the town.

“Because Mumm also makes Martell cognac, I asked if we could put cognac in the champagne and they said we can ferment the champagne in the cognac barrels, so it soaks up the residue. So Olympe Rosé is the first champagne with cognac in it and that’s very cool.”

Country Yutes is a collaboration between Usain and his manager/best friend Nugent ‘NJ’ Walker. The album was named in honor of the duo’s homeland of Jamaica that delivers “a genre-ranged project from bass-knocking sonics of dancehall and transformative melodies of Reggae to new-age sounds of Hip Hop/Trap”. They already released five singles from the 14-track album including “Living the Dream,” “Say Less,” “Need Your Love,” “Timing” and most recently, “It’s a Party.” Country Yutes has become #1 on the iTunes Reggae chart, passing Marley’s tribute of Legend: The Best of Bob Marley & The Wailers. “Say Less” featuring Bibi Gardner and Kamal Evans stands out as my favorite track quickly followed by “It’s a Party.” The steel drums on those tracks and industrial beats immediately transport me to a club in Jamaica drinking the infamous “money mix”.

Grab the champagne and the cognac (if you’re 21+) and listen to Country Yutes!