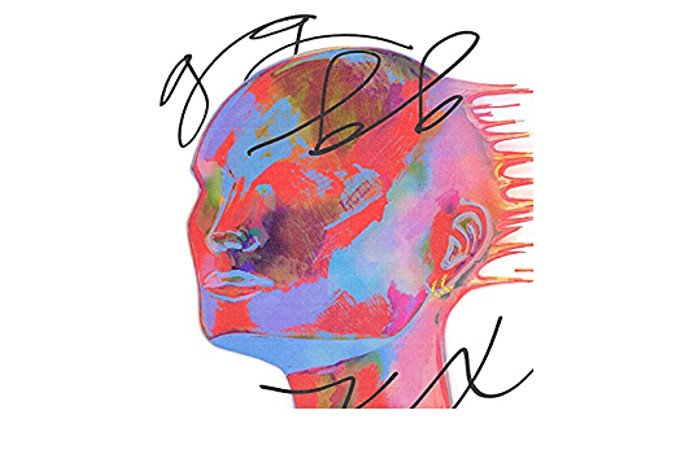 LANY is a band whose career is still freshly paved. Forming in 2014, the Nashville trio quickly began turning heads after opening up for the likes of Halsey and Ellie Goulding on tour. What followed was their self-titled 2017 break-out record marking them a synth-pop dream before carrying that sound into 2018’s Malibu Nights. With the release of their 2020 album, Mama’s Boy, the band took a slight left and stripped down, leaving the album with more organic elements and acoustic guitars. It made sense as the record felt like a coming-of-age story about childhood, growth, and the ups and downs that came with being lovesick or heartbroken. Yet, with the release of LANY’s fourth studio album, gg bb xx, the group has gone back to its roots to create a project that is their most electric and polished to date even if it falters sometimes in-between.

Going into gg bb xx, it’s obvious that LANY wanted to make certified pop tunes that could be cranked up through the sound system as one drove down the coast. With 12 tracks and a total of 38 minutes, the whole album feels like it could be featured on the radio for better or for worse. At its peak, the album filters through classic LANY themes: breakups and makeups, dating on the west coast, blossoming relationships, and missing exes which are set to fuzzy pop soundscapes. Yet, at its low, the energy of some of these tracks don’t feel as authentic as LANY has proven to be on prior releases. If anything, a handful of the tunes fizzle out as they could be generic molds of songs that were praised on their self-titled or sang loud on Malibu Nights. For a band that came to be through their ability to wear their heart on their sleeve overtop dazzling synth-pop, it’s a bit disappointing that the visceral storytelling that has been so prominent in lead singer Paul Klein’s past work is missing in the meat of gg bb xx.

But, that doesn’t mean the album isn’t a fun ride full of sugar rushes and enormously catchy alt-pop tunes. In what it lacks narrative-wise, it makes up for in its soaring, ambient sound. There’s something to be said about how undeniably satisfying each track is as it bleeds into another, providing a soundtrack of booming computer drums and shimmery synths. After the year the world has had, it could actually feel nice to be able to listen to nothing but upbeat jams instead of having to think about its emotional impact. If one wants to flip on a record just to disappear for 40 minutes, LANY’s gg bb xx is definitely the one to do it.

The two standouts of the record are “somewhere” and “one minute left to live.” On the former, the track opens with a driving drumbeat that causes any listener to pay attention. It feels like a conversation had between Klein and their last release, Mama’s Boy, focusing on dependency issues and the fear of the unknown as one grows up. Featuring some of the best lyricism of the record, this journey of identity and evolution through relationships is only confirmed by the power in Klein’s voice as the song goes on. He opens up about not being the person he feels the most comfortable with yet, but he’s finally “getting somewhere” which is something many people can find meaning in, themselves. The latter is a classic LANY closer, a purposeful yet powerful ballad that leaves the audience reflecting on their own lives far after the song ends. Klein’s vocals are emphasized by the encompassing piano synths, reaching out about how influential micro-moments can be on an individual’s life. The eccentrically profound tune will have anyone thinking about how they would go about their last minutes on Earth. The honesty and vulnerability of the track is what makes “one minute left to live” have such sticking power as the album’s close.

LANY’s gg bb xx doesn’t claim to be anything other than a good time. Through its hiccups and lack of depth, it is still an album that gives anyone a colorful flare as they listen. Not every record has to be narratively deep for it to have an impact, and it is in gg bb xx’s ability to be unapologetically fun that makes it one of the most enjoyable pop releases of 2020.