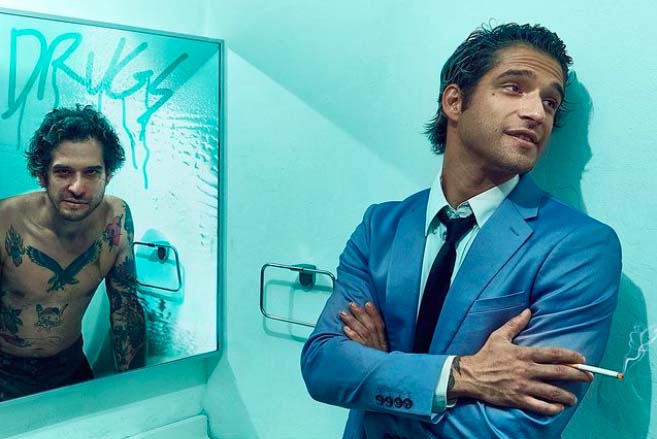 New music from Tyler Posey has finally arrived with the release of his debut solo EP Drugs. The EP features previous released singles “Past Life,” “Happy” and “Shut Up,” which features Travis Barker and phem. Within this new project Tyler reflects on a dark time in his life speaking on struggles involving addiction, sobriety and mental health. Posey mentions in a statement about the release “Drugs is definitely a story of addiction. How dark it can be. How great sobriety can be and being present. How scary depression is while sober and no substance to abuse, forcing you to deal with your emotions. It’s a coming to terms concept and wanting to make a change for the better. It’s a topic that isn’t too glamorized in music. Whenever you hear a song about drugs, it’s usually in favor of them, not about them destroying your life.“

A notable song that encapsulates the theme of the EP is “Sober” where Posey discusses his time getting sober and fighting urges while dealing with his mental health. He further talks about being sober in “Kerosene” singing the lyrics “Blue and green // My head is finally clean // And spinning with these colors instead of all these f***ed up things.” Within the 7 tracks featured on Drugs the emotion in Tyler’s voice is very present as he opens up about a dark time in his life. It’s clear through that emotion and pop-punk flair in his voice that Tyler Posey really put his all into this EP.

Speaking more on Drugs, Tyler mentions, “I just feel proud,” he further reflects on it by saying “I’m proud of the music we wrote, but also how far I’ve come. I went to a pretty dark place, but I got out of it. I can honestly say right now is the happiest, most present I’ve ever been.” Right now you can stream Tyler Posey’s debut EP Drugs and catch him in a city near you on the Internet Killed the Rockstar Tour supporting MOD SUN along with girlfriends.