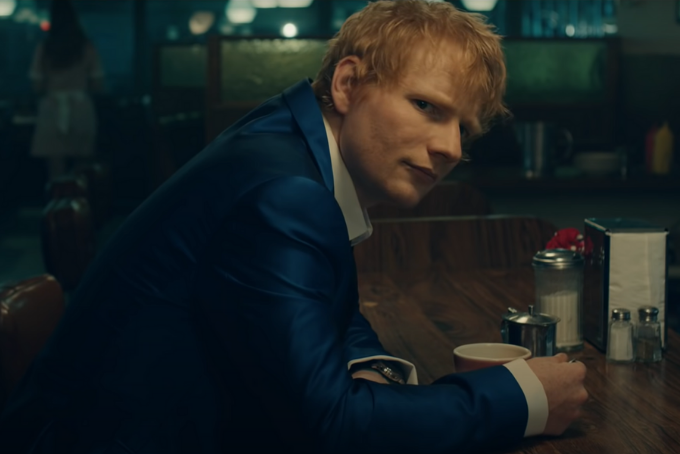 After releasing his hit “Bad Habits” in June and the heart-wrenching “Visiting Hours” in August, Ed Sheeran unveiled a new single, “Shivers,” along with a crazy music video last Friday. When “Bad Habits” came out, Sheeran surprised both fans and casual listeners with the new musical path he took. “Shivers” follows a similar line, and with this track, we can safely say that Ed’s most daring work will be in his upcoming album =, which is due on October 29.

The music video for “Shivers” stars Ed and American actor AnnaSophia Robb, known for her role as Violet Beauregarde in Charlie and the Chocolate Factory, and it was directed by Dave Meyers, who also directed the “Bad Habits” video and has worked with Taylor Swift, Harry Styles, and Kendrick Lamar.

In the video, which includes rather peculiar situations, Sheeran crushes on AnnaShopia’s character, Sophie. Ed gets anxious because she doesn’t answer his texts, but they eventually end up together. Then, on the way to their wedding, some haters attack the couple, but Sophie saves the day. We can also see Ed channeling his inner Elton John and AnnaSophia making some cool dance moves. Overall, the video is hilarious, and both Sheeran and Robb steal the show.

Ed Sheeran is a love-song mastermind, and “Shivers” is no exception. The upbeat track is perfect for dancing, and it will surely lift your spirits. Sheeran sings, “I never thought that I could love this hard,” showcasing his love for his wife, Cherry, whom he met when they were in high school, and whom he had a daughter with last year.

Definitely, “Shivers” deserves a spot in everyone’s playlists, and it further proves why Ed Sheeran has become a household name. Recently, Ed celebrated the 10-year anniversary of his debut album +, which went gold in its first week, with a heartfelt message through his Instagram.

We can’t wait to listen to =, and we know that it will be a very successful album. If you can’t wait either, you can listen to “Shivers” and enjoy its great music video below.