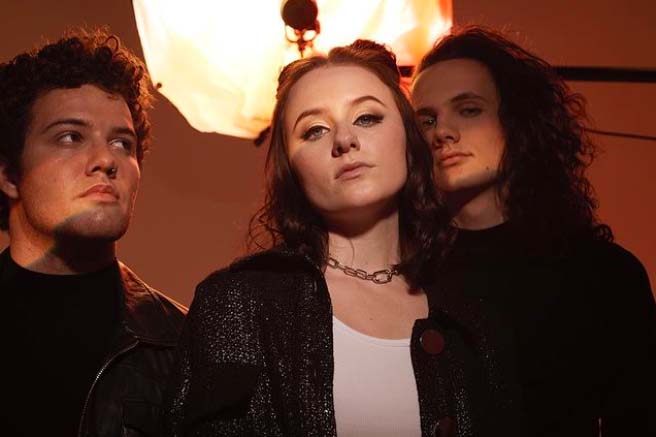 If you haven’t already heard of Concrete Castles you definitely will know their name soon. The rock group from Pennsylvania have just released their debut album Wish I Missed U and it’s definitely one you should check out! The trio consisting of Audra Miller, Matthew Yost, and Sam Gilman started out in a cover band covering many of your favorite pop and rock hits on Youtube. Today, they put the cover days behind them and are ready to show off their debut album to the world.

The record consist of 11 tracks including the title track “Wish I Missed U” which opens up the album. The track talks about when someone from your past comes back saying they miss you and want to make things work but you’ve already moved on. The album also features the song “Just a Friend” which is the kind of song you wanna blast and scream the lyrics to in your bedroom. If you’ve ever felt like someone was lying about someone being “Just a Friend” to them, then this one will hit home for you. Audra sings about another feeling lots of us can relate to in “Holding On” singing about holding on to hope that the person she has her eyes set on will notice her. between the lyrics and Audra’s vocals this one will tug on your heart.

We also hear the song “Thrill” on this album, an anthem about wasting no time and chasing your dreams. If you listen to the lyrics of the song you may even hear the band mention their name “Concrete Castles” as the song was the inspiration for their band name. The album later closes out with another emotional track “Mess”. After listening to this album we can assure you Concrete Castles infectious pop-rock sound and lyrics will surely get you hooked. You can listen to their debut album Wish I Missed U on your favorite music streaming platform now.