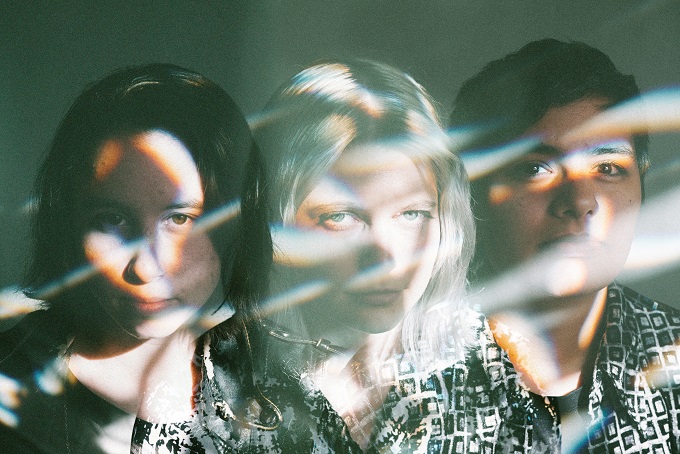 Last Tuesday, Gypsum released their new single “Give It.” The song will be included in the band’s self-titled debut album, which comes out on October 12. Guitarist and vocalist Anna Arboles states that the song “is about self-determination and identity. As a queer person, I am constantly asked to answer for my identities and codify it for the comfort of other people’s understanding. This song was written as a meditation and subsequent statement that I have the autonomy to decide what I am and how to express it.”

To accompany the release of “Give It,” drummer Jessy Reed wrote, “while ‘Give It’ has always been one of my favorite Gypsum songs, the lyrics started to click with me anew when I began to engage with my queerness for the first time in a real way later that year […] I was confronting my own identity and perceptions, and it turns out that was what the song was about the whole time!”

With the lyrics “you only believe what you see” and “why don’t you just give it a chance,” Gypsum send a message to the people who tend to belittle the members of the LGBTQ+ community. The band encourages the listeners to reconsider their opinions and try to become more accepting of those who live their lives away from society’s expectations.

Similarly, Gypsum narrate the difficulties of accepting oneself. The lyrics “I found myself in a room full of mirrors / I don’t even know if I’m here” reflect the anxiety or frustration some queer people might go through when exploring their identity. Very often, the pressure of family, friends, or peers affects queer people negatively, and they have to hide who they really are because of the consequences they might face.

The band’s motto is “in Gypsum, the whole is greater than the sum of its parts,” and this is exactly what we can hear in “Give It.” Anna Arboles and Sapphire Jewell on guitar and vocals and Jessy Reed on drums are the perfect mix, and they all bring something to the table. Overall, the upbeat sound of “Give It” will make listeners experience a sense of freedom that blends very well with the lyrics. Drawing inspiration from established acts like Hiatus Kaiyote, DIIV, and FOALS, Gypsum are ready to captivate the audiences with this single.