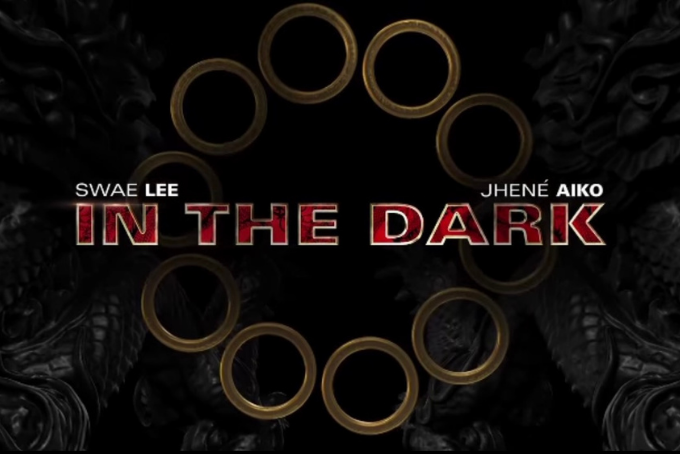 Marvel’s latest blockbuster, Shang-Chi and The Legend of The Ten Rings, is a certified smash hit at the box office. Fans and critics alike have nothing but great things to say about the superhero flick. However, Swae Lee and Jhené Aiko are making the movie’s soundtrack the talk of the town with an official music video for their single, “In The Dark.”

“In The Dark” appears both in the film and on the official soundtrack to the film, titled Shang-Chi and The Legend of The Ten Rings: The Album. The video captures scenes of “prom night” following a group of friends getting ready, taking photos, riding in limos and ultimately ending the night at their local Asian grocers for a post-dance snack. Swae and Jhené perform among them on a crowded high school dance floor as the catchy chorus gets everyone moving.

The track is an undeniable anthem that plays just as well at a club as it would on a long car ride. Swae and Jhené make for a stellar duo that we simply can’t get enough of. Their voices mesh well together, which is no surprise to anyone familiar with their 2017 collaboration, “Sativa.” Fans of the Rae Sremmurd rapper and the R&B icon already loved the single, but the music video is bound to draw an even bigger audience.

Shang-Chi and The Legend of The Ten Rings: The Album is executive produced by pioneering music collective 88rising. Formerly known as CXSHXNLY, they’re the leading music platform for Asian and Asian-American artists across the world. The album includes original production from, and inspired by, the movie. The soundtrack features the likes of Anderson .Paak, Saweetie, 21 Savage, Rick Ross, DJ Snake, and many more.

You can listen to “In The Dark” below and catch Shang-Chi‘s soundtrack on all major streaming services.