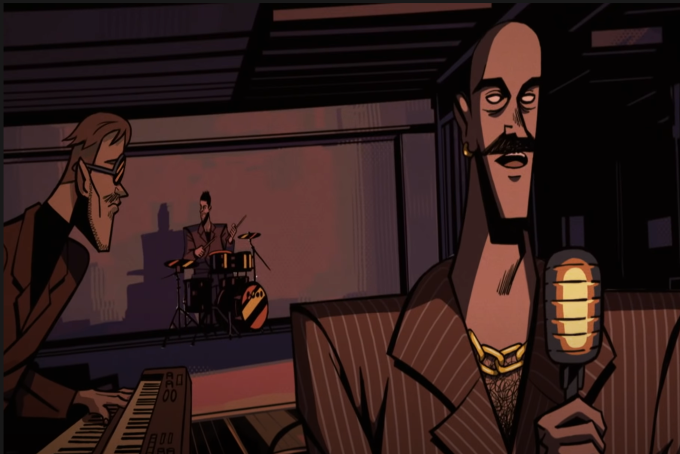 Alternative rock trio X Ambassadors are back with their third studio album The Beautiful Liar. This time around, though, the group has decided to switch things up.

“The Beautiful Liar” is no “standard” musical endeavor. The album serves not just as an emotional release for the group but is also the soundtrack to a comic book character origin story. The band will be releasing a narrative podcast to accompany the album, set for release next month. In an open letter on the album’s release date, lead singer Sam Harris revealed that the podcast will “follow our hero ‘Clementine’ – a legally blind teenager guided along by a voice in her head who calls herself “Shadow” – as she struggles to control her strange new superpowers.” The idea for the project came from Harris and his brother/bandmate Casey Harris’ (who has been blind since birth) childhood, listening to books on tapes and radio dramas.

Now, onto the album itself. Right away listeners are pulled into this narrative experience, with a narration introducing us to Clementine’s world and story. They are a few of these narrative tracks throughout the album, making the “chapters” of the record. Never being ones to shy away from experimenting with genres, the album includes rock, country, R&B, big-band, and even more. If you think this sounds disorderly and all over the place, then you’re hearing exactly what the group wants you to hear. This melting pot of sounds not only somehow fits together sonically, but also thematically.

Of all the tracks on the album, the lead single “My Own Monster” lays out the overall theme of the album. “Think I created a monster / And now I’ll never be alone again / I think I made myself a new best friend,” Sam Harris proclaims in the chorus. The album and its story are focused on the idea of embracing our dark side: the self-centered, apathetic, and uncivil part of ourselves we keep tucked away in the back of our minds. Not only does the band believe that by accepting these parts of ourselves that we can become stronger, but through tracks like “Somebody Who Knows You,” that we can accept and understand others better.

“The Beautiful Liar” is definitely a product of its time. If this pandemic has revealed anything, it has put the darker side of humanity on display, bringing it out of the shadows. While this past almost two years have reeked of doom and gloom, X Ambassadors have chosen to allow themselves to lose control, and ultimately, come out stronger and ready to take on whatever is thrown their way.