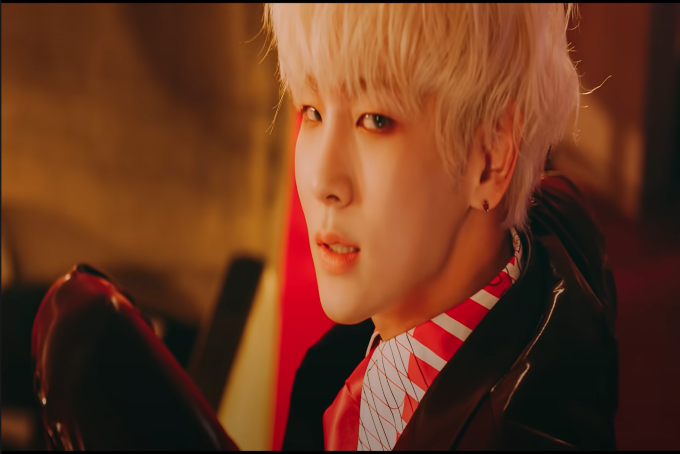 SHINee‘s Key is back with his 1st mini album! After weeks of intergalactic visual teasers, Bad Love has finally been released.

The six-song album is brimming with 80’s nostalgia, from the campy but captivating sci-fi visuals to the synths, the project is brimming with retro vibes. In an interview with NME, the singer revealed that “the sounds [on the album] are the epitome of music and a [type of] culture…I wanted to bring back those sounds because they’re the peak of the culture of entertainment.”

The blending of the past, present, and future is front and center throughout this record. The title single “Bad Love,” is an energetic and reflective dance track as Key tries to escape an old love. Many of the songs on the album explore the highs and lows of love, with it becoming all-consuming on tracks like “Yellow Tape,” leaving it behind as mentioned in “Bad Love,” and trying to survive without it on “Helium” and “Saturday Night.”

While most of the songs on the record are bombastic and high-energy, the release also includes two more laid-back and introspective tracks. “Hate that…,” featuring Girls Generation‘s Taeyeon is an emotional plea to an ex. Both Taeyeon and Key mourn the end of the relationship, while also dealing with the frustration of seeing their significant other moves on without them.

The album’s closing track, “Eighteen (End of My World)” is a heartfelt letter to Key’s younger self. It’s an inspirational message to never give up on your dreams, no matter what gets thrown your way. Vocally, this is one of Key’s most impressive deliveries on the record, particularly in the chorus as he proclaims to his younger self to “Just dream and fly high.”

“Bad Love” is an album that showcases how much Key has grown as a vocalist and a songwriter, while at the same time showing reverence to the past experiences and influences that led to the artist he is today.