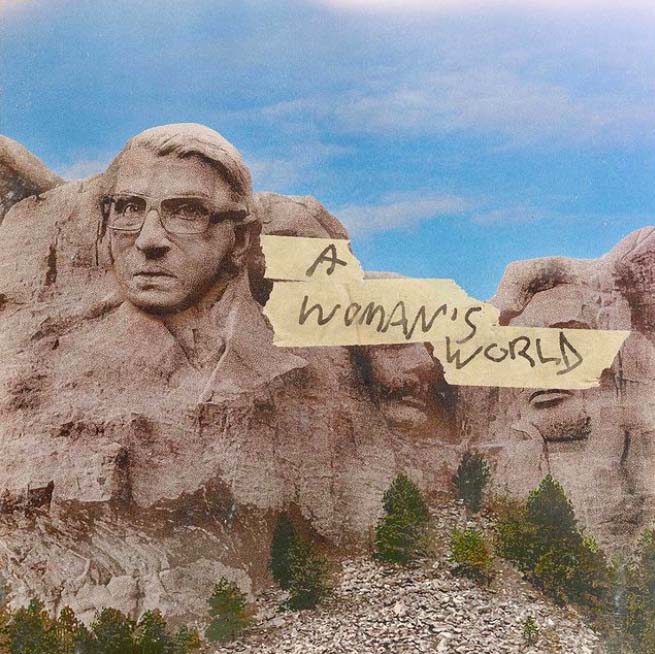 This may be the first time your hearing the name Amy Allen, but she is no stranger to the music world. Amy has written songs for several musicians such as Halsey, Selena Gomez, Camilla Cabello, Shawn Mendes and Sam Smith. She even worked alongside Harry Styles to co-write his hit song “Adore You.” After a long time of being a writer for others, she finally is ready to share her stories through her own voice. Her most recent release “A Woman’s World” has us imagining “tits on Mount Rushmore.”

In addition to the song Amy also released an accompanying music video that she co-directed. Sitting in a white bedroom a storm opens up above her and she fearlessly climbs into it. Many people believe the world we’re living in is a mans world but Amy points out in her lyrics, “Boys wanna grow up to be like their father // And then on their deathbeds, they call for their mother.” The storm slowly fades away and it is revealed by the end of the video that in the world Amy climbed into she’s standing on top of a mountain with Ruth Bader Ginsburg‘s face carved into it. This imagery is a nod to the first line of the song “Can you imagine tits on Mount Rushmore // And Ruth Bader Ginsburg from dynamite sticks?” The imagery of RBG on Mount Rushmore is also the cover art for the single.

Amy Allen proves with this song that she can do more than just write hits for other artist. She is discovering who she is as an artist herself and while doing that created a great and emotional female empowerment anthem. Amy’s new song “A Woman’s World” is available everywhere now on streaming services. We’re so excited to finally hear Amy’s stories through her voice and can’t wait to see what’s next for her.