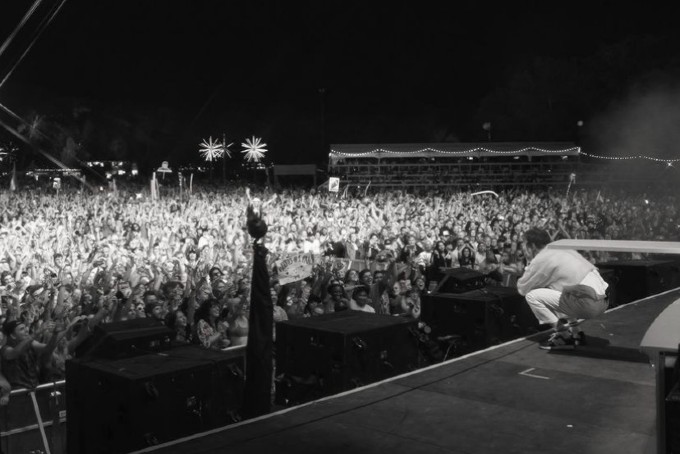 Glass Animals have released the lyric video for their new single, “I Don’t Want to Talk (I Just Wanna Dance),” and it acts as a homage to live music as it slowly but surely sparks back to life.

After a whirlwind 2020 where the group achieved mainstream success in unprecedented numbers through their hit “Heat Waves,” which amassed over one billion global streams, it doesn’t seem like the genre-bending band is ready to slow down just yet. With the release of “I Don’t Want to Talk (I Just Want to Dance),” one will lose themselves in a funky fresh tune that flirts between sticky bass lines, feverish synths, and catchy-as-hell hooks. As it promises, it makes you just want to dance.

The lyric video for the song celebrates the return to live music and all the excitement and passion that comes along with it. Taking clips from their tour that kicked off a couple of weeks back (the largest US tour stint they’ve ever gone on with 132K tickets selling out in less than three minutes), the video shows fans shouting the lyrics, crowd surfing, and chattering with excitement as an electric Glass Animals perform. The band is shown at their best – Dave Bayley gliding across the stage and interacting with the crowd any chance he gets. By its end, any concertgoer will be hit with a bubbling familiarity of home. It also includes some impressive drone shots that cause the video to feel as though it’s leaping off the screen.

As they make their way across the US in support of their newest record Dreamland, Glass Animals have captured the escapism and freedom that is the return of live music through this lyric video. It’s chaotic, it’s fun, and it reminds one of what makes a concert such a special place to be after being without for the last 18 months.