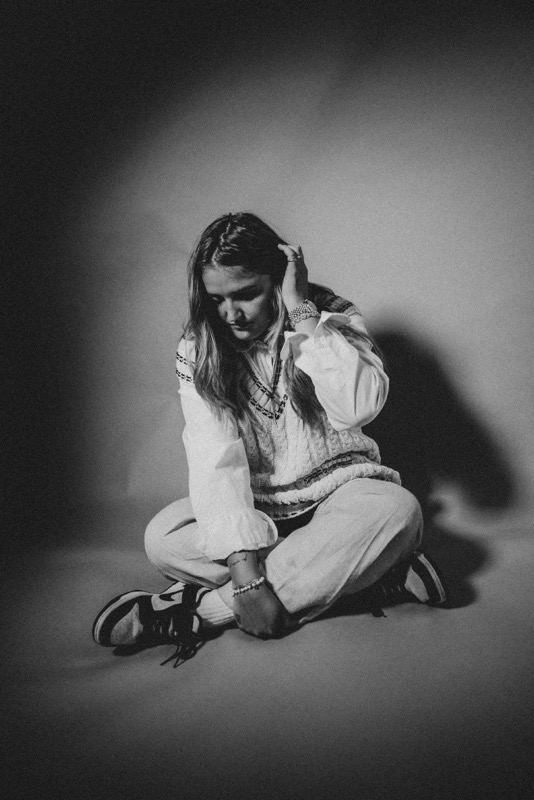 In a few short weeks, coastal Connecticut native Cheslea Cutler will release her sophomore album, When I Close My Eyes. Thankfully, while we wait (patiently!), we can jam to a few stand-out singles.

“Now my friends don’t call me anymore,” Culter softly sings, “’cause they know that I won’t make it out the door to come over/ Used weight of the world of my shoulders, ah”. This past Friday, Cutler revealed a dimly-lit and charismatic, bold ballad titled “Devil On My Shoulder” that shared her mental health journey. The track is effective and chilling, tapping into a time when we all felt trapped or hopeless. Cutler’s song reminds us that we’re not alone and with a little help from our circle and community, along with time and grace, we can restore anything. Piano keys and techno beats contrast here, yet flow effortlessly.

Chelsea shared with that the song-writing process was most unique in creating the piece. “To be able to be in a better place emotionally, I had to get to a place where I could make the distinction between me and my depression. For a long time, I conflated the two and believed my depression was a fundamental part of my identity. I don’t feel that way anymore.” She demonstrates growth and resilience, and is there to support others in their journey as well.

Currently, Chelsea and her best friend, Quinn XCII are on the “Stay Next To Me” tour, and we can imagine how much fun they’re having and the joy they’re bringing to fans! Last month, they sold out two nights at New York’s Radio City Music Hall, which is an encouraging sign as we’re all restoring with live events/community since the pandemic. To see if they will be near your city, check the link here!

Chelsea’s sophomore album is panning out to be a great encore since we were first introduced to her. She’s humble and quiet, yet a force to be reckoned with when it comes to her talent! In 2017, her breakthrough single “Your Shirt” paved the way for her debut EP, Snow In October. Leaving college shortly after, she hit the road alongside Quinn XCII at the top of 2018 before kicking off a prolific string of releases, including the independently released mixtapes Sleeping with Roses and Sleeping with Roses II, leading to two completely sold-out nationwide headline tours in 2018 and 2019 and appearances at Governors Ball, Bonnaroo, Lollapalooza, and more.

In 2020, her debut How To Be Human resonated with new fans and was praised for the lyrics and musicality. Prior to this, she has collected many collaboration projects including with Quinn, Jeremey Zucker, Louis The Child, Noah Kahan, and The Band CAMINO. She’s a starlet in her own galaxy and we’re all living for it!