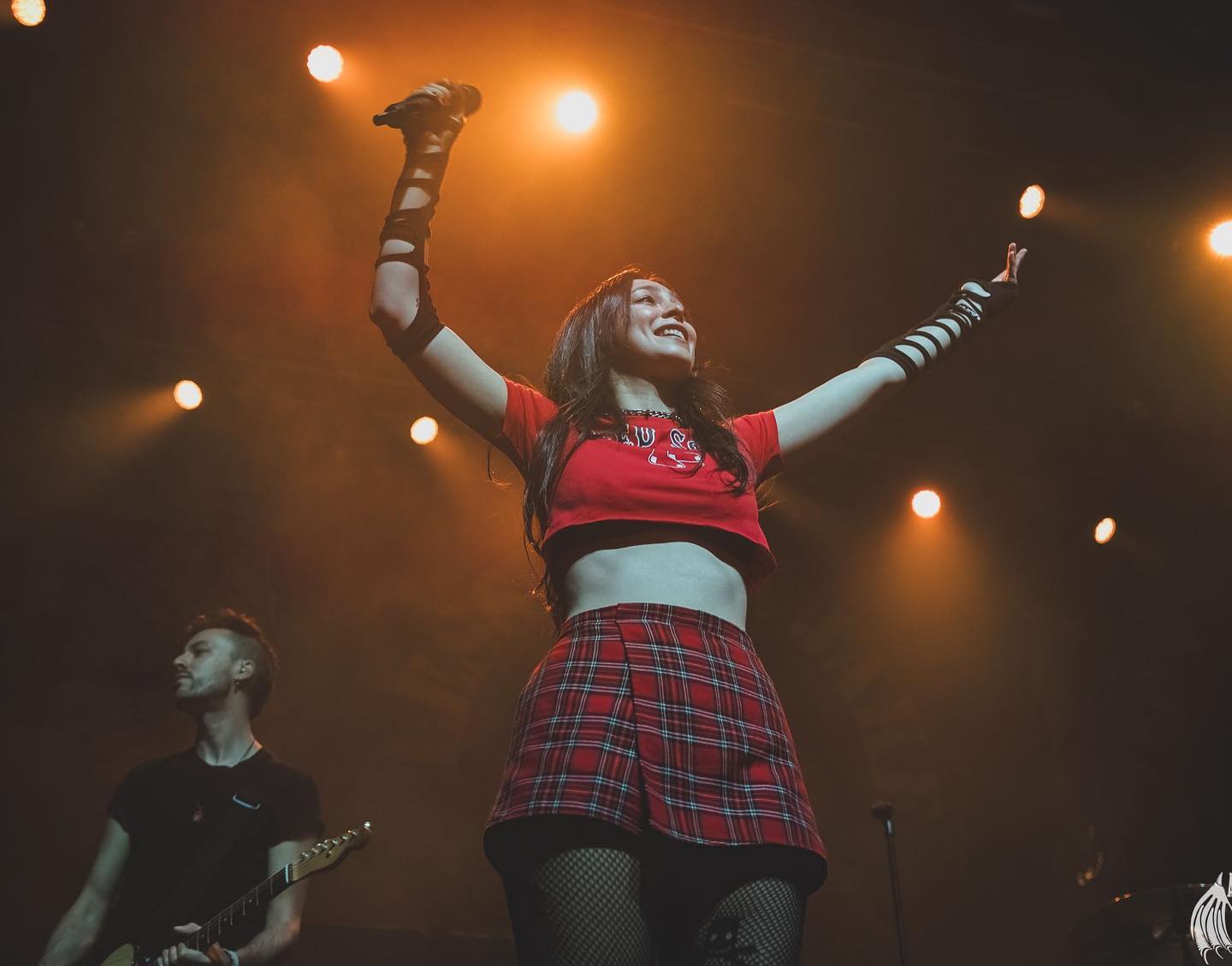 From lovesick ballads to reimagined covers to pissed-off punk breakup tunes, LØLØ is nothing but not versatile. The Canadian singer/songwriter is perhaps best known for her viral TikTok cover of Taylor Swift’s “Betty” from the perspective of Betty herself. However, LØLØ’s currently trading acoustic guitars for loud drums and headbanging on the “Pop Punk’s Still Not Dead” tour.

LØLØ is a captivating open act, embracing a rebellious persona and dancing across the stage with an energy that immediately brings the audience back to the thrill of Warped Tour and basement shows.

Interestingly, most wouldn’t call LØLØ’s past releases traditionally pop-punk. Her stripped, indie sound on her 2020 EP Dear First Love is closer to the soft indie-pop of someone like Lorde or Tessa Violet. However, on this tour she’s clearly embraced her inner rockstar, remixing intimate songs like “Yours” and “die without u” with the backing of a full band and electric guitars. And it absolutely works.

LØLØ held her own with bands that have been around for more than 20 years and continually assured the audience that they may “not know who the f***k she is,” but they would remember her name by the end of the night. Singles like “u look stupid” and “lonely and pathetic” were perfect fits for pop-punk makeovers. LØLØ’s bratty vocal inflections and mocking sing-song style felt like a nod to Avril Lavigne’s cheerleader taunts in “Girlfriend.”

Overall, LØLØ’s set was one of the most exciting and engaging opening acts I’ve ever seen. I’d rather she’d stayed and played another 30 minutes rather than bringing on the grating, incomprehensible screams of Hot Mulligan. The crowd seemed to agree, breaking into applause when New Found Glory brought LØLØ back on stage toward the end of the night to duet on “Vicious Love,” taking the part originally performed by Paramore’s Hayley Williams.

After this powerhouse performance, New Found Glory’s lead singer Jordan Pundik announced that LØLØ had just been signed to their record label Hopeless Records. Hopeless also represented bands like All Time Low and Sum 41, signaling that LØLØ may stick with this more punk and edgy style. It looks good on her.