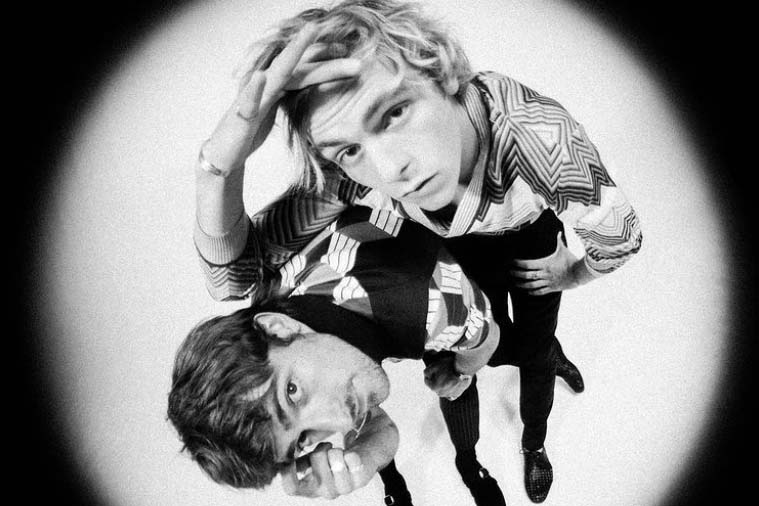 The duo consisting of brothers, Ross and Rocky Lynch, known as The Driver Era are back with new music with the release of their sophomore album Girlfriend. The album is a reflection of the brothers lives over the past few years and was created over the course of the pandemic in their studio. The 15 track two-part record includes several new songs with the inclusion of previously released singles we’ve already heard over the past year.

The album kicks off strong with a really fun track “Heart of Mine” that sets the tone for the album with some great groovy energy. The next track we hear on the record is the sultry “cray z babe e” which surprisingly is the first (and hopefully not the last) song that features both Ross and Rocky’s vocals. Another new track on this record that we haven’t heard before is “Beautiful Girl” which is the only song on the first half of the record that Rocky has lead vocals on. In a statement about this song Ross mentioned, “I feel like this is the most dance-like track on the album and the only song on the first half of the album that Rocky has lead vocals on. I can say this as a fan: I love this song.” The last song on the first half of the record is “When You Need a Man.” Ross wants us to know he’s not like those f*ck boys many of us are familiar with; with the pre-chorus “See you f*cking with a f*ck boy // Girl you know you got options // You don’t have to be his toy // I can show you what love is, and trust is // Your highness // Here’s my number // In case you wonder.”

Moving on we’re met with an interlude before the second half of the album that features 7 songs that were already previously released. Songs like the energetic “A Kiss,” “Fade” — an anthem about living in the moment, and the synthy “flashdrive” all stand out on the second half. The album closes out with their song “Forever Always,” which Ross called “The perfect end to this record,” Through the duration of Girlfriend we can hear The Driver Era grow creatively on their sophomore release. The record is so easy to vibe to with their groovy production and we definitely recommend giving it a listen.