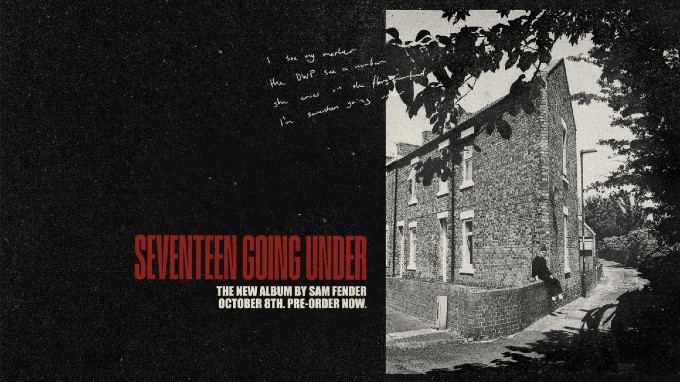 Many listeners’ first experience with the songwriter was with the release of the Dead Boys EP in 2018 which examined the high rate of male suicide, including a close friend in his hometown of North Shields. There’s no surprise he continues to touch on politics as it was met with great success in his debut album “ Hypersonic Missiles”, but he now offers an even more personal narrative.

During lockdown in the UK, Sam Fender was forced to come to terms with the traumas of his childhood spilling into his adult life. He enrolled in therapy to talk through his experiences growing up in North Shields and those realizations during therapy spilled into his songwriting. The self-titled track “Seventeen Going Under” was released in July as the album’s first single.

The single sets the tone for the rest of the album with both its political and personal storytelling. More specifically it talks about his mother being hounded by the Department of Work and Pensions even when she clearly needed support for their well-being.

The opening guitar riffs and complimentary drum work gets you hooked on the second track, “Getting Started.” The Bruce Springsteen influences are very strong in this song and I have zero complaints! It is about how he knows he has a lot of responsibilities on his shoulders taking care of his mum, but tonight he’s going to go out and be a kid.

“Dying Light” is arguably one of the rawest and powerful tracks. The song begins more stripped back with a simple piano and ultimately builds into a strong anthem about fighting through suicide ideation. It’s in response to his “Dead Boys” released in 2018 about male suicide.

In addition to impressive writing and vocal work, his musical style is achieved with a variety of instruments including guitar, bass, piano, organ, harmonica, mandolin, glockenspiel, and synthesizer. It wouldn’t be a proper Sam Fender album without Johnny “Blue Hat” Davis playing the saxophone, which stands out on “Get You Down,” “Spit of You,” “Mantra,” and “Angel in Lothian.”

Seventeen Going Under is my favorite album of the year so far. It’s hard to argue with that statement becoming a fact for many as it is now #1 on the Official U.K. Albums Chart-making it his second album to top the charts!

One thought on “Sam Fender Releases Seventeen Going Under”