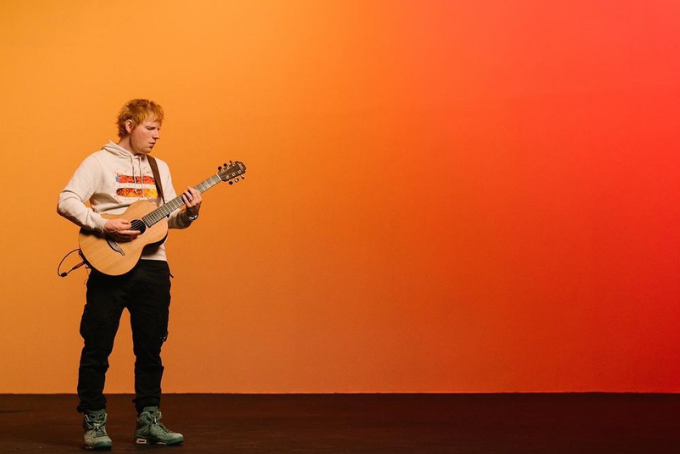 All in all, = is an excellent record that greatly surpasses Ed’s previous album, No.6 Collaborations Project. With 14 tracks, = combines classic Ed Sheeran vibes with new sounds. “Tides” is a great start to =, and the upbeat track will prepare you for the rest of the album.

The best songs on the album are definitely “2step” and “Stop the Rain.” No Ed Sheeran album is complete without him rapping, and “2step” brings Ed’s talent to the table. The track is also reminiscent of his best album, 2011’s +. Similarly, “Stop the Rain” has amazing vocals, lyrics, and production.

Another song that mirrors Sheeran’s earlier work is “Love in Slow Motion.” The track will make long-time fans feel a touch of nostalgia and will bring +’s “Give Me Love” to mind.

In essence, = is a love letter to Ed’s wife, Cherry, and daughter, Lyra. “First Times,” a lovely song about Cherry, describes the moments she and Ed have lived together. Ed sings that not even playing three sold-out shows at Wembley stadium can compare to spending time with his partner. Moreover, a highlight in the album is “Sandman,” a lullaby that Sheeran wrote for Lyra. The track is very visual and showcases his great love for her.

On the other hand, Sheeran explained that “Leave Your Life” came to be after he lost his friend and mentor Michael Gudinski, to whom he dedicated “Visiting Hours.” Ed talked to Gudinski’s daughter after the funeral, and she said, “my dad always said that he loved me. The last thing he ever said to me was ‘I love you.’” The interaction made Sheeran realize that if he were to die soon, Lyra would never know he loved her because she’s only six months old, so he decided to write “Leave Your Life” to show her how much he loves her.

On Friday, Ed also released a music video for “Overpass Graffiti.” The funny, colorful video shows Sheeran’s adventures after his tour bus leaves him behind. The video includes some references to Ed’s ÷ album, and we even see Jennie Pegouskie and Yamamotoyama Ryūta, who also starred in the music video for “Shape of You.”

Overall, = is another great entry in Ed Sheeran’s discography, and, surely, fans will feel proud of him. You can watch the “Overpass Graffiti” music video below, and don’t forget to stream = on Spotify and Apple Music. Happy listening!

2 thoughts on “Ed Sheeran Goes Back to His Roots in =”