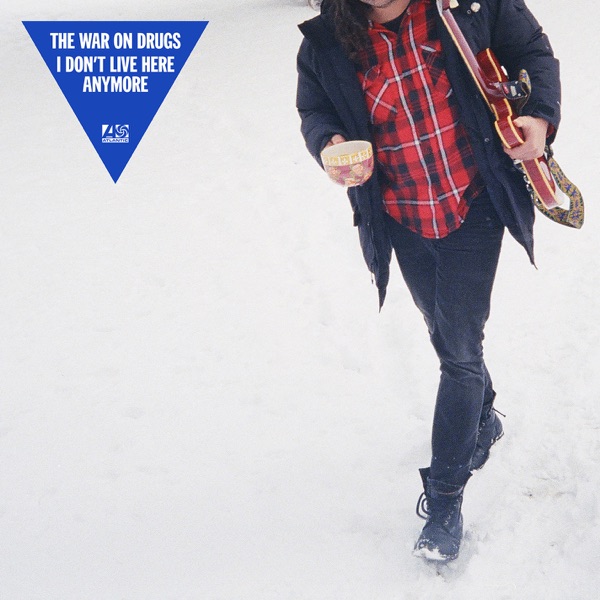 “I know the path / I know it’s changing”. Alternative/folk fans got a sweet treat this past week with Philadelphia-born band The War On Drugs. Their fifth studio album, I Don’t Live Here Anymore, stays true to their sound and themes while incorporating new stylistic choices. Ballads and soft-energetic tunes alike take hold of the listeners’ heart. Adam Granduciel’s vocals have re-invented the connection made by the artist.

The tracklists features songs about clarity, heartbreak, and rising above doubt. ‘Living Proof’ is a gentle opening track that channels the essence of Bob Dylan and Woody Guthrie. It’s centered on the singer’s journey and where he’s been “running from”. Granduciel explores fear and anxious-energy so beautifully. “I will protect / I’ll keep improving… I suppose I’m only moving”

The second jam is similar to their charm from 2014’s Lost in The Dream. “Harmonia’s Dream” is a soft-psychedelic ballad crying out for help. Granduciel ponders about time, faith, and identity, which leads into the third track, “Change”.  The song focuses on what we can give to support others, when you fall, who you can trust to catch you. The band’s atmospheric details come alive in this track, where you’re taking through the scenic route, on the backroads, with the leaves changing, like a page from Dickens.

As we figuratively fly through the album, we come to a gracious halt in the middle of the tracklist. In “I Don’t Wanna Wait”, Granduciel offers a slow and somewhat sexy ballad about taking risks and chasing fate. Following that is “Victim”, when Granduciel puts a spell on listeners, claiming, “Honey I’m a victim of my own desire / Who are you?”. There are some 80s rock tones mixed with MGMT-futuristic beats, which also come alive on the 8th “Wasted”– how a band can incorporate two soundbites of time into one is beyond me, but War On Drugs does so effortlessly.

The title track moves mountains, with the help of indie-pop group Lucius. This collab is something you didn’t expect to be blessed with until you listen… and become blessed with. “Beating like a heart / I’m gonna walk through every doorway, I can’t stop…I’m gonna make it to the place I need to go / We’re all just walkin’ through this darkness on our own”. Each singer demonstrates compassion and strength, in an anthem about bravery and grit.

Granduciel has said this record is about change, as he told Vanity Fair, about “growing up, getting older, but also growing out of yourself and into something new.” This theme is highlighted in “Old Skin”, one of three tracks featured on NPR’s Tiny Desk concert that aired November 1st. The track is unique, angelic, and subtle yet powerful, about transforming and adjusting to course. Piano keys are the most amplified on this track, which intertwine with Granduciel.

While descending down IDLHA’s steady slope, the last two tracks on the list are closers that console us. “Rings Around My Father’s Eyes” is a ballad about loss, protection, and time, while “Occasional Rain” talks about patience, and observing change when you finally stop vs constantly pushing through: “You’ve been moving much too fast….” These pieces feature the most lessons on the album, and are advocates for taking space and shifting your pace, which are amazing methods in life to take forward.

The War On Drugs have achieved alternative heights again with their fifth studio album, I Don’t Live Here Anymore. While you listen, remember to chill out.