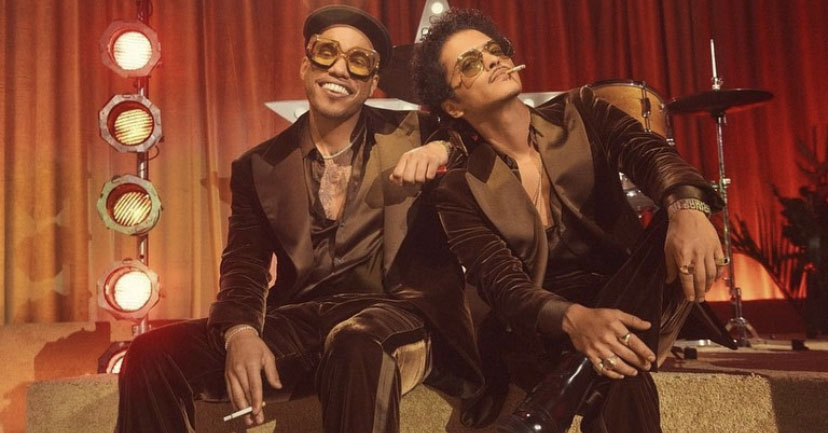 Silk Sonic is back with another silky smooth song ahead of the release of their debut album. The duo consisting of Bruno Mars and Anderson .Paak have just released their new single “Smokin Out The Window”. This single follows the previously released “Leave the Door Open” and “Skate” which also appear on the upcoming album An Evening With Silk Sonic.

Throughout the track the duo talk about how a relationship that was once loving has turned into something that causes stress and anxiety turning them to “Smoke Out The Window”. Mars had revealed in an interview in the past that this was the first song that himself and Anderson .Paak wrote together after thinking of a stressed out guy smoking cigs to relieve his troubles. In the first verse the duo goes into detail by singing in the first verse “Must’ve spent thirty five, forty five thousand up in Tiffany’s // Got her badass kids runnin’ ’round my whole crib like it’s Chuck E. Cheese // Put me in a jam with her ex-man in the UFC” . Going into further detail about how this girl drives them crazy they sing in the pre chorus “This b**ch got me payin’ her rent, payin’ for trips // Diamonds on her neck, diamonds on her wrist // And here I am all alone // I’m so cold, I’m so cold // You got me out here // Smokin’ out the window”.

This song gives us another taste of what to expect from Silk Sonic’s debut album which is set to be released on Friday November 12. The song is smooth, catchy, and will get you right in your feels. The song “Smokin Out The Window” has even already gotten some love on Tik Tok with several users creating videos to the song. The duo even released a video for the song which you can check out down below. After hearing the singles that have already been released we cannot wait to see what else Bruno and Anderson have up their sleeves with An Evening With Silk Sonic.