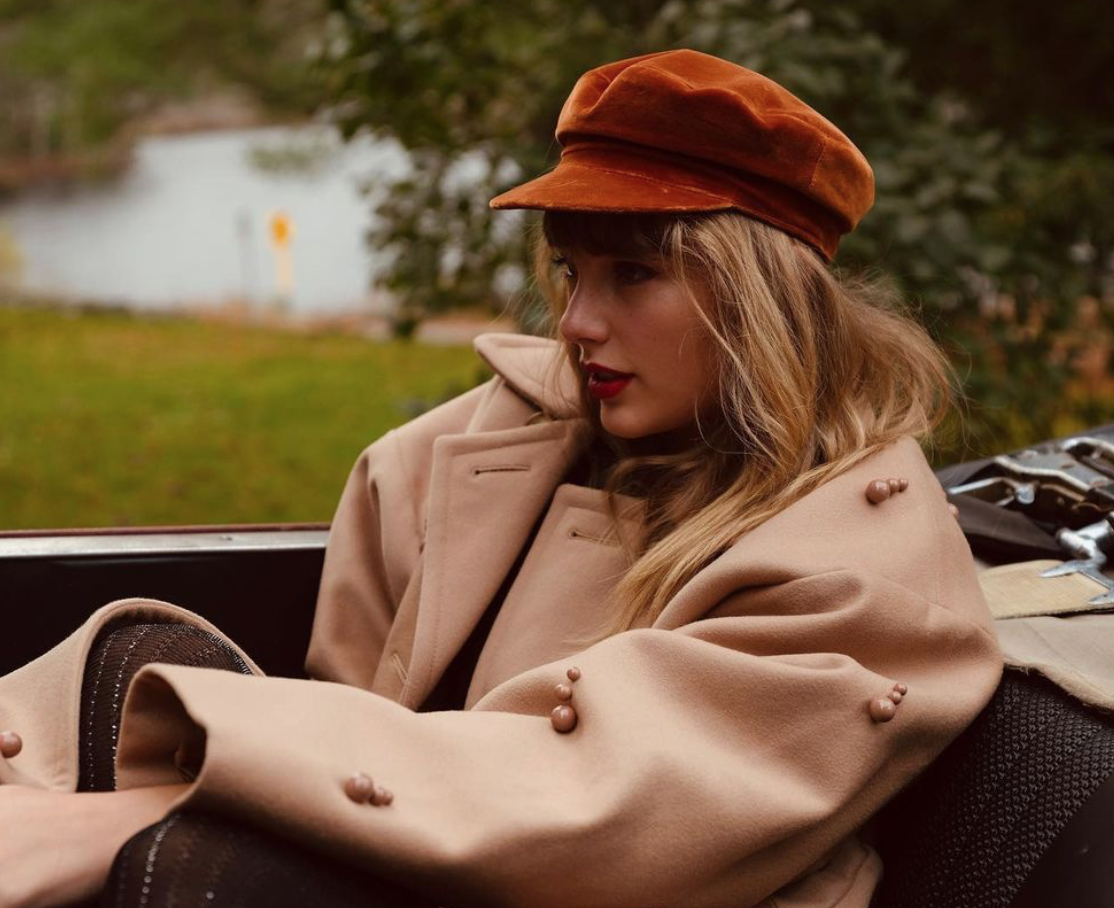 We are all too unwell! The world’s favorite, Taylor Swift has finally rereleased her first pop country rock album Red, but this time as (Taylor’s Version). Originally released in 2012, Red immediately caught the eyes of music lovers around the world. However, after Swift lost ownership over her first 5 albums, she decided to rerelease her infamous album this past weekend.

Swift first announced her release of Red (Taylor’s Version) on August 5th with the initial release as November 19th. However, she quickly changed the date to November 12th after speculation around Adele’s new album 30 being released the same time. On August 5th, Swift released the names of the “From the Vault” songs via cryptic messages that took Swifties no time to decrypt. With 7 never heard before songs, 2 previously released songs and 21 songs, Red (Taylor’s Version) has 30 songs in total, being the biggest album she has released.

In addition to having the most songs on an album, Red (Taylor’s Version) also has had the most promotion surrounding the album so far out of all her rereleases. On November 5th, Swift released that she would be directing an “All Too Well” short film staring Dylan O’Brien and Sadie Sink. In addition, Taylor announced a partnership with Starbucks where they sold her favorite drink. For 3 exclusive days, Starbucks lovers could order a “Taylor’s Latte” or “Taylor’s Version” and receive her favorite drink: a caramel nonfat latte. Miss Swift even took a late night television promo tour, by heading to 30 Rock to the likes of SNL and Jimmy Fallon to talk about her rereleased album. At SNL, she also performed her 10 minute version of “All Too Well” which left many fans excited.

The main reason most people are excited for the rereleased songs are because you can hear the growth in Taylor’s voice. Many are also excited about the difference in some songs. For instance, in “We Are Never Getting Back Together.” Taylor has a slight higher pitch in her infamous “Weeee.” Also, she reclaimed her style in some songs like “Girl At Home.” What was once intended to be a country song, Taylor once again reclaimed her song and made it into a beautiful pop song.