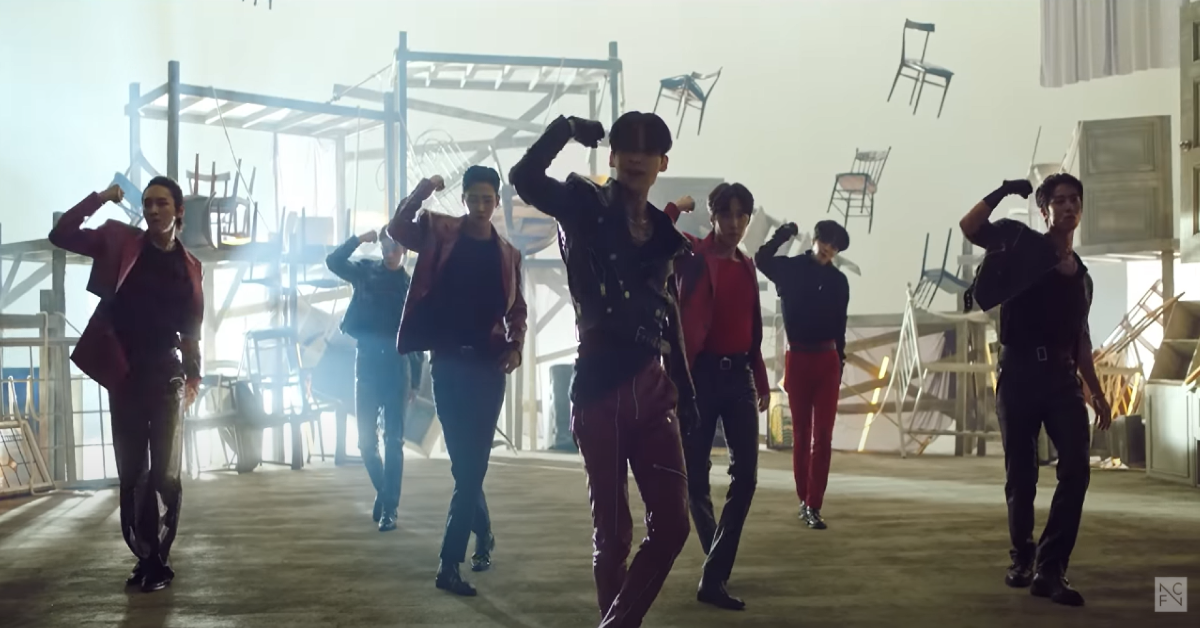 Since their debut in 2016, boy group SF9 have strived to show their evolution as artists and performers with each release they put out. The group’s newest endeavor, RUMINATION, showcases a growing maturity not only as artists but as people riding the highs and lows of life.

Thematically, the group puts a focus on moving on from difficult experiences and learning from those moments. The lead single off the record, “Trauma,” a sleek deep house influenced track, serves as the biggest example of this. “Drama in my lines, my tragic life,” rapper Zuho delivers with slight syncopation in the second verse. Following the theme, he continues, “That trauma opens your eyes, you’re the brightness that fills my view.”

While “Trauma” serves as the overall thematic summary, the songs following on the record take us back through the members’ journey of love lost and love longed for. “Memory” is the beginning, the painful moments following the end of a relationship. “Dreams” is an enchanting and intense dance track, where we find our narrators reliving the past in their dreams, acknowledging the “poisonous” pain but pushing through it anyway.

Next up is the suave dance track “Gentleman.” Backed by a fast EDM beat and driving strings in the chorus, the members express their newfound maturity as they learn from past experiences. “Gentleman” is a definite standout track not just on the album, but in SF9’s catalog, an emotional declaration of love that showcases the members’ vocal talents, songwriting, and production skills beautifully.

“On and On” offers a more ballad-like moment as the members long for the day they can see a loved one again. It progresses the story of the album wonderfully, as we’ve now reached the point where the narrators, having learned from past mistakes, are ready and eager to face what the future holds. This newfound confidence is unleashed fully in the next track “Scenario,” a dramatic dance track that sees the group declaring that they “will decide a new story that will change.”

While “Scenario” marks the end of the narrative of RUMINATION, the album’s final track is the love letter “For Fantasy.” “Fantasy” is the name SF9 gave to their fans and having missed performing for them, the group wrote this beautiful, uplifting song for them, promising that they will always be by their side. It’s a sweet moment of adoration and gratitude from the group to their adoring fans around the world.

With RUMINATION, SF9 sought out to show the world their continued growth and desires for their future, and on this record, they succeeded. With style and introspection, SF9 is continuing to prove that they are a group that not only is ready to take on whatever the future holds for them, but to do it their way.