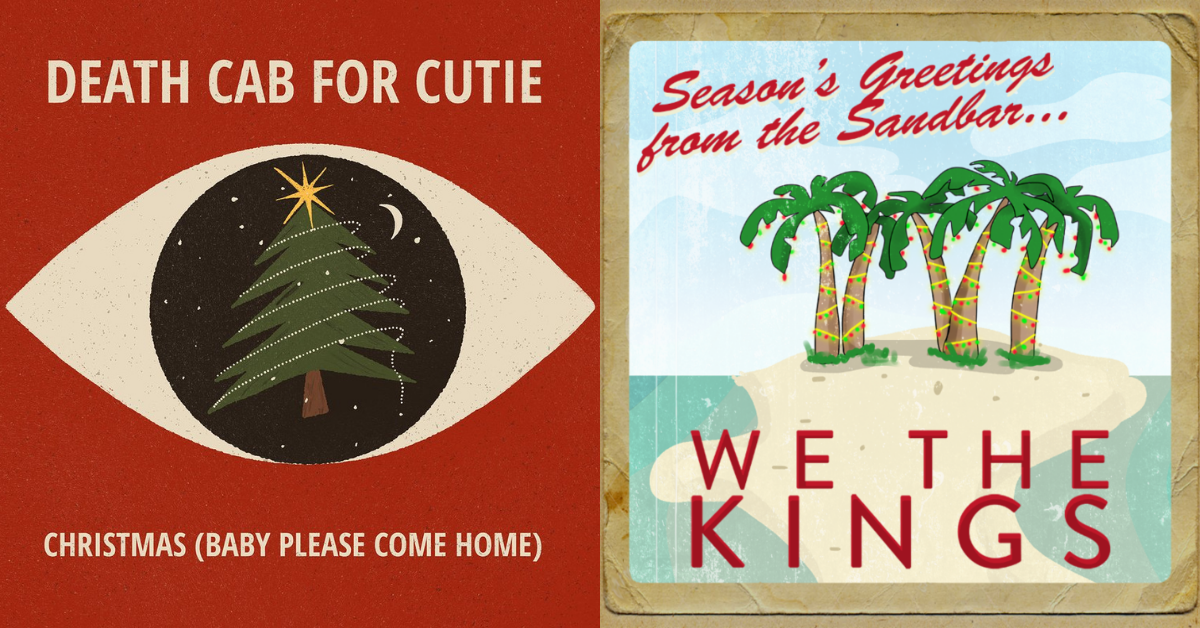 Christmas is almost here! You can feel it in the freezing air, the busy streets, and the crowded stores. Of course, it wouldn’t be Christmas without some holiday music. We are used to listening to hits like “All I Want For Christmas Is You” by Mariah Carey or Michael Bublé’s Christmas album. However, there are some gems hidden in the Christmas music catalog. For this reason, we’ve compiled five Christmas songs that you’ve probably never heard about. From covers of Christmas classics to original tracks, listen to these great songs by these amazing musicians below.

Death Cab For Cutie released a cover of “Christmas (Baby Please Come Home)” back in 2004. 17 years later, on December 6, the band announced that we could listen to the song on streaming services. Death Cab For Cutie’s version of the song is very different from the original track sung by Darlene Love. While Love’s version is very cheerful, the Washington-native band’s cover is pretty melancholic.

Known for their sentimental, slow songs, Death Cab For Cutie definitely printed their own signature on this cover. The eerie vibe also gives the song a new perspective. The original “Christmas (Baby Please Come Home)” is a message to someone who won’t be able to spend Christmas with you because they’re far away, whereas the band’s version is more of a letter to a loved one who died and how much you miss that person.

In 2018, We The Kings released a very creative Christmas album titled Season’s Greetings from the Sandbar… The album includes two original tracks written by frontman Travis Clark and eight covers of classic Christmas songs. However, this is not your typical Christmas album. The band took all the songs to a new level, and the production of the entire album paints a picture of being at the beach celebrating Christmas under the sun.

Travis told Music Mayhem Magazine that he had “been wanting to do a Christmas album for a long time, mainly because I’ve never been able to witness a ‘winter wonderland’ as a result of living in Florida and California my whole life […] so instead of writing another Christmas album that sounded frosty, I decided to record it with more of an ‘island-sunshine’ vibe for everyone who experiences Christmas above 70° F.” Definitely, a great idea that resulted in a great, yet underrated, album. Kudos to We The Kings!

3. “Joel The Lump Of Coal” by The Killers

The Killers surely love Christmas! The band has released multiple Christmas songs over the years. In 2016, they put out an album titled Don’t Waste Your Wishes, comprised of 11 of The Killers’ yearly Christmas singles from 2006 to 2016. A highlight on the album is the song “Joel The Lump Of Coal,” which tells the story of — you guessed it — a lump of coal who challenges the “naughty or nice” narrative.

The song premiered in a comedy sketch on Jimmy Kimmel Live, where host Jimmy Kimmel joined the band in the process of writing and recording the track. Jimmy gifts sweaters to the band members and humorously interrupts frontman Brandon Flowers as he tries to record his vocals. Later, the band performs the song, and we can see a nice animation of the tale.

4. “It’s Going to Be a Cold Winter” by Blossoms

On November 5, 2020, Blossoms surprised their fans with a double Christmas single. The band released “Christmas Eve (Soul Purpose)” and “It’s Going to Be a Cold Winter,” which feature the Stockport Junior Voices Choir. Blossoms later included both songs in the extended edition of their album Foolish Loving Spaces.

Since it's only 17 days until Christmas, here's the making of Christmas Eve (Soul Purpose) 🎄🎄🎄 pic.twitter.com/AgCzaYEIjf

5. “It’s Beginning to Look a Lot Like Christmas” by Sleeping At Last

One thought on “5 Christmas Songs You May Not Know About”