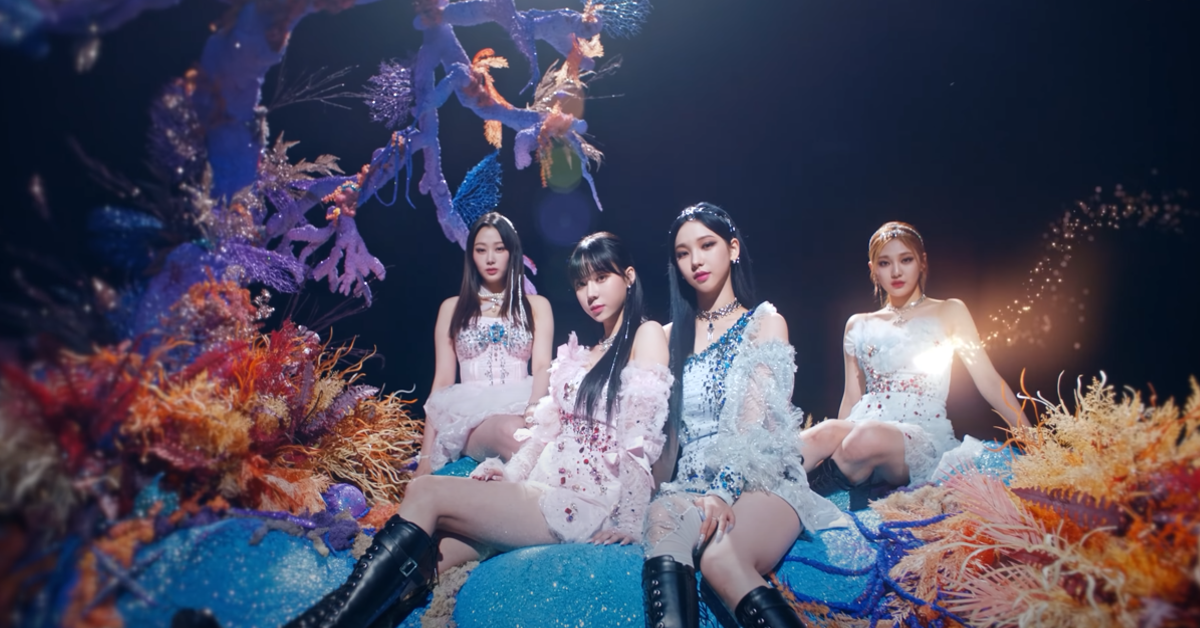 aespa are taking listeners back to the 90s with their new song “Dreams Come True!” The song is a remake of the classic by girl group S.E.S., which was released in 1998. The song is part of SM Entertainment’s SM Remastering Project, an endeavor where the company is working to remaster over 300 older music videos, upping the quality of the video and audio.

With this release by aespa being a remake, comparisons to the reference material are expected. The original version, which itself is a cover of the song “Rakastuin ma looseriin” by Finnish girl group Nylon Beat, is a classic 90s RnB-influenced track. Group members Eugene, Bada, and Shoo lead the track with their sweet tones and harmonies, creating a dreamy listening experience. The track has remained a popular one, with other groups like Red Velvet and Twice covering it.

This version of the song is actually produced by K-pop star BoA, who also took part in creating the visual concept and choreography. Right off the bat, aespa lets you know that this version is a unique take on the original. Members Karina, Giselle, and NingNing open the track with a few rap lines, inviting listeners to take a trip to the 90s with them. Once the main part of the song hits, however, it’s a modern dance track with futuristic touches, fitting into aespa’s catalog perfectly.

Each member gets their chance to shine on this track, showing their vocal prowess, adlibbing, and hitting higher tones with ease. Karina and Winter, in particular, show great control of their vocals, with Karina showing off her rapping skills and Winter taking the higher sustained note at the end of the bridge. The track itself is a sleek redo of the original ’98 version. The production adds some more EDM beats and more direct hip-hop touches to evolve the song into something that is definitely an aespa track.

The group also released a music video to accompany the song, which includes nods to the original video by S.E.S.. The girls are seen sporting fairy wings at points, performing the song in a futuristic cityscape, and are even joined by a cute floating robot companion for a rap break in the track.

“Dreams Come True” is fun and ethereal, with the edginess aespa are becoming known for bringing to their songs. The track and its music video are a lovely homage to the past while showing what the future can bring.