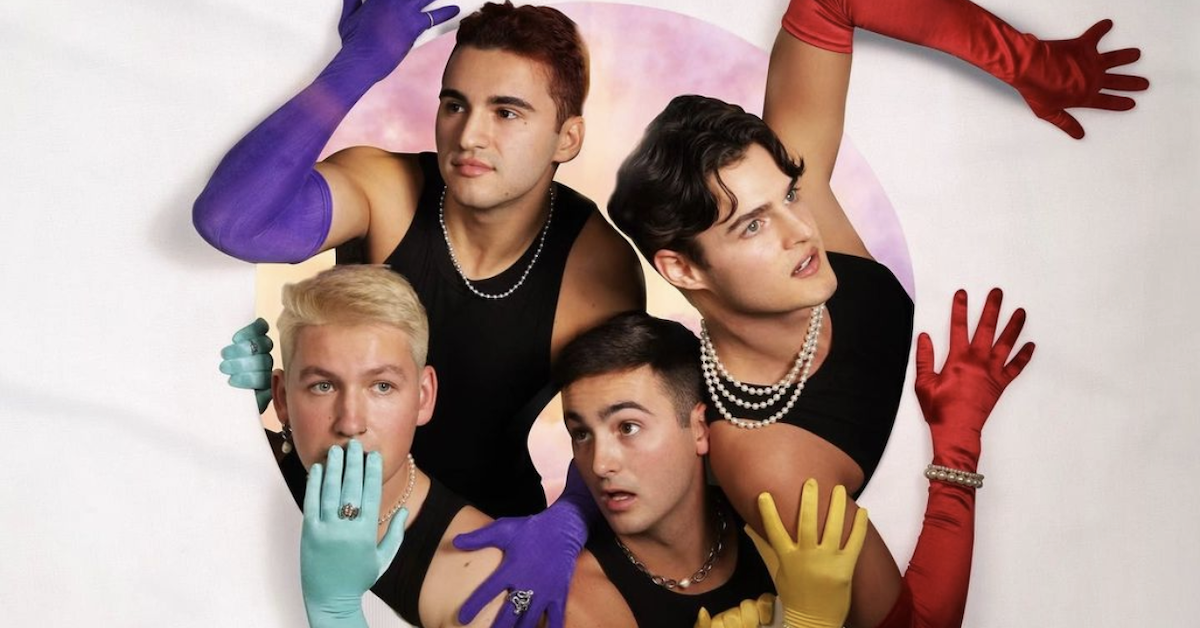 The up and coming queer boy band OutLoud have finally released their debut EP *Ntwink. The EP comes after the group released two tracks in 2021 to introduce themselves to the world. Those tracks, “What’s Not Clicking” and “Convenient,” are featured on the EP along with two new tracks.

The band consists of four members: Cameron Cipolla, Danny Bryan, Daniel Avenu, and Sean Gray. The boys met in college and got the idea to start this pop group while they were studying abroad in London. They now make music together in New York City.

*Ntwink is a short project, four tracks clocking in around 13 minutes, but it leaves an impression. The songs are solid dance pop gems that capture a confident, sassy attitude and an inclination towards protecting your energy from the negatives. The songs were all written by the band and produced by member Daniel Avenu.

The EP opens with their first single “What’s Not Clicking,” which was released last March. The song is an anthemic “boy, bye” to scrubs around the world. It proves the boys can write a strong hook and can slip in a good amount of humor to their lyrics.

“Spotlight” is another one for the disco dance floor. It illustrates that moment when you lock eyes with a stranger on the dance floor and you’re hooked. Over atmospheric synths and a pounding beat OutLoud croon in blissed out reverb for the mysterious stranger’s full attention.

If someone’s 1 am “you up?” text is making you roll your eyes, “Convenient” is the song for you. It’s a slower track about cutting things off with someone that’s been wasting your time. Another bout of strong songwriting from the band as they are able to illustrate this draining relationship effectively throughout the verses.

The EP closes on a collaboration with singer/actress LALA, also known as Laurissa Romain. “I’m Good” is a feel-good closer full of self assurance. The band and LALA sing together over echoing synths and horns about moving on and moving up.

*Ntwink is a solid debut that clearly introduces OutLoud. It’s a fun listen and a quick pep talk to replenish your confidence. Let’s hope OutLoud give us some more gay bops soon.