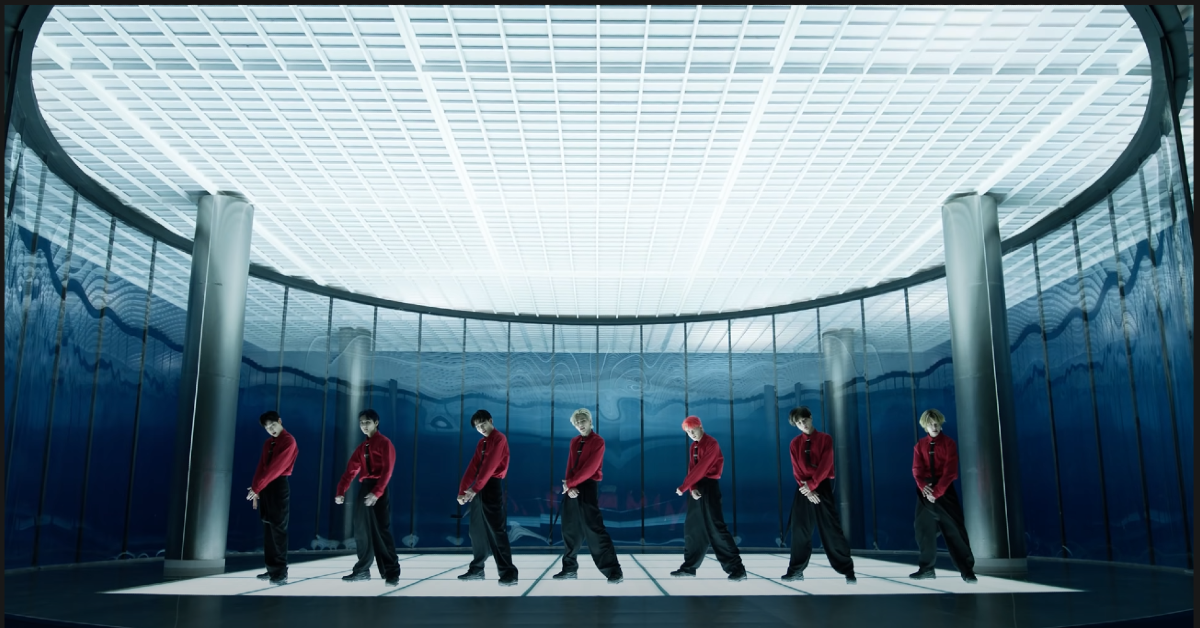 Boy group ENHYPEN are back with their new album Dimension: Answer and kicked off the release with a new single. The album, a repackaging of their previous album Dimension: Dilemma, features the same tracklist, with three new tracks, including the powerful lead single “Blessed-Cursed.”

Starting off with a driving guitar dripping with rock influence, the track kicks into high gear right away. The guitar is joined by heavy hip-hop beats as the members jump in. The track is a refreshing change from other songs in the group’s catalog, going from upbeat and poppy to intense and edgy. Vocally, the members ooze confidence and swagger as they make their message loud and clear.

Lyrically, the song is a continuation of the themes from their previous album and more specifically, that album’s lead single “Tamed-Dashed.” “Between these lies / We dive into this real-life / And I walk like a lion / I’m making my own history,” the members declare in the chorus. Whereas “Tamed-Dashed” dealt with the confusion and stress the members feel over fitting into society or being themselves, “Blessed-Cursed” is the group breaking away from expectations and taking control over their lives. As quickly as the track gets started, it ends abruptly, like a mic drop from the group as they brush off expectations and move towards their bright future.

The accompanying music video beautifully enhances the power of the song, featuring the members in Y2K-inspired set pieces and fashion. The presentation is sleek and captivating, with the group’s impactful choreography getting plenty of screen time. Each member demands viewers’ attention and gives off the confidence that is reassuring to see in a younger group like ENHYPEN. The ending scene is particularly eye-catching, with the members in matching Kraftwerk-esque attire in a cool-toned futuristic room.

The song is a strong continuation of the group’s narrative with this repackage. Serving as a practically polar opposite to the fears expressed in the synth-filled and fast-paced “Tamed-Dashed,” “Blessed-Cursed” sees ENHYPEN realizing their worth and taking the time to enjoy and show off their effortless style. Perfectly reflecting the titles of both records, this song is the “answer” to the group’s “dilemma.”