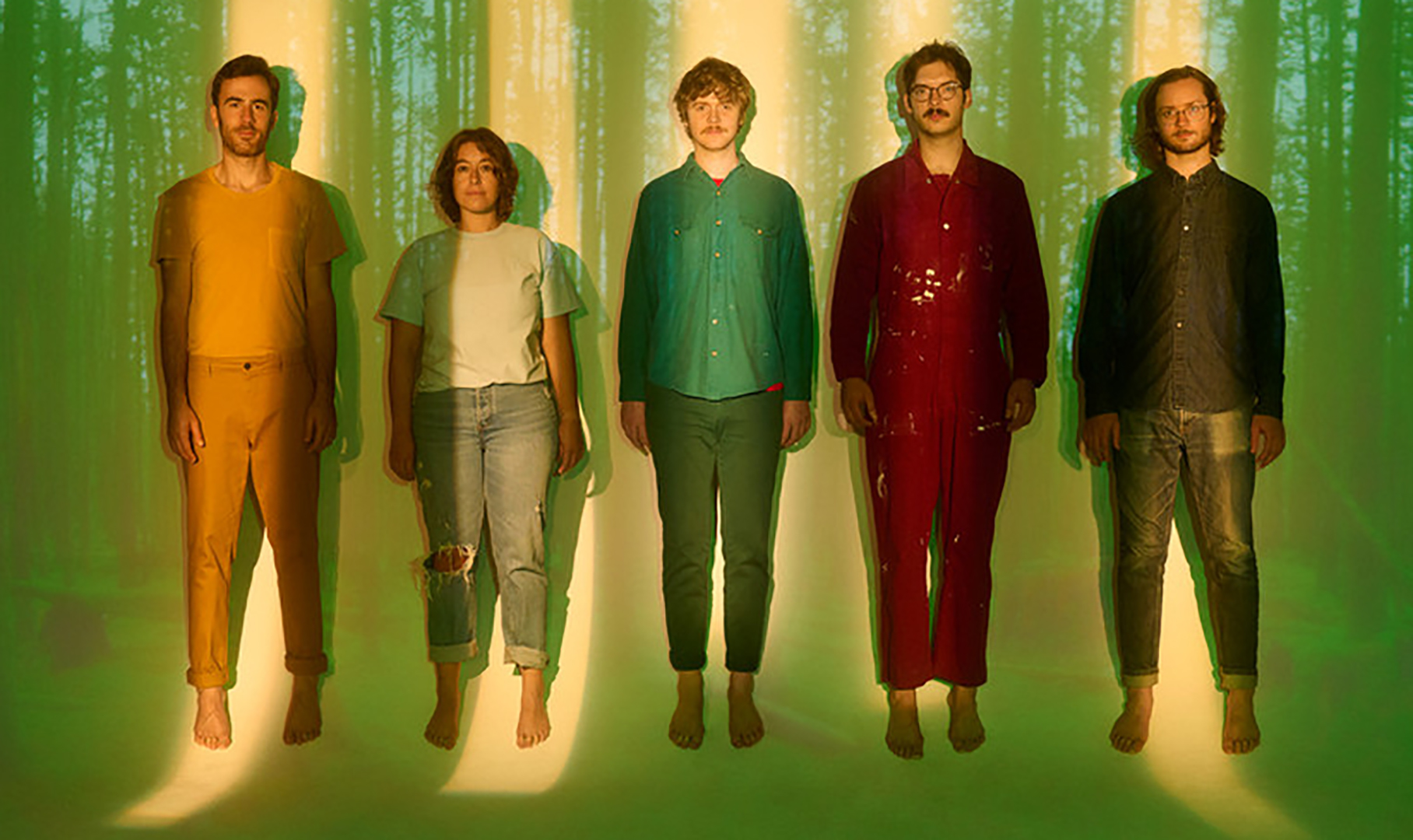 New Jersey’s alternative indie rock group Pinegrove have been delivering organic, cordial melodies since their self-releasing days in the early 2010s. The lineup has fluctuated since Pingerove’s conception, most notably in recent years after a brief hiatus and label change. However, core members and childhood friends Zack Levine and Evan Stephens Hall remain the twin chambers of Pinegrove’s heart. Stephens Hall may write and sing each track, but nature is the frontman on the band’s newest project and sixth album 11:11.

The entirety of Pinegrove’s discography sparks an unparalleled kinship between listener and artist. 11:11 carries that same note friendship, but with an underlying desperation. The prose of Stephen Hall’s songwriting and friendly vocals, Levine’s nuclear drumming, and the bands full-force sound could almost be coming from your living room. In reality, the group historically records leisurely from the solitude of Amperland — a farmhouse in the countryside of upstate New York. Pinegrove calls out nature’s repeating rhythms on what they refer to as their “tree album,” and while the result is a hypnotizing display of musical ability, 11:11 is something of an environmental intervention.

The first song, “Habitat,” hits the ground running with soft strums that rapidly give way to grungy guitar leads. The longest track on the album at nearly seven minutes covers a lot of ground, flexing nearly every muscle in the band’s system. The range of ambient sounds of nature, comforting group harmonies and friendly acoustic plucking take the listener by the hand in echoing stride, leading them into the bright and dark duality of the forest trail that is 11:11.

The romping rhythm in “Alaska” creates full sound with a signature grungy reverberating guitar. Sufficiently substantial for its 2:06 runtime, it is short, sweet and endlessly catchy. The vivid description of an enlightening flight from “Alaska” to Orlando is a fun and infectious listen, making this track a standout single.

The first track released from the album back in August of 2021, “Orange” is a meandering restless slumber that rouses the listener from a fog. “Today the sky is orange, and you and I know why,” refers to those hazy burnt skies of May through October…non-coincidentally the ever-expanding wild fire season. The song is an uncomfortable and to some perhaps surprising reality check. Yes, what an interesting and Instagram story worthy sky today, but the band begs curiosity of its origins be entertained. This isn’t a good thing, its a bright orange flag.

“Flora” brightly and rightly points out it wasn’t always like this. The cheerful reminiscence of days spent in the sun calls the listener to the clarity of the forest. When did you last feel the sun’s gleeful glow from the inside of gently closed eyelids? Flora takes one back to this sensation, both lyrically and sonically. Levine’s drums with recent addition to the group, Megan Benavente on bass, form a well rounded rhythm section that shines on the track and throughout the album.

Another single off of 11:11, “Respirate” eloquently gets straight to the point. A comforting acknowledgement that indeed, anxiety from climate crisis, COVID-19, and personal bullshit are debilitating and we all have permission to take it easy on ourselves. However, taking care of ourselves shouldn’t be dependent on complacency nor flawed routines. Slow, strong, and steady with a rewarding build, the song leaves the listener entertained and intrigued by the balance of consolation and community. If you only listen to one song on 11:11, “Respirate” is the clearest summary of the album as well as Pingerove’s growth in songwriting.

Reverberating riffs and twinkly twangs of Americana (reminiscent of influences like Jeff Tweedy of Wilco fame) make “Let” an enjoyable example of the folky range that has been a pillar of Pinegrove’s sound since the beginning. While long time fans may note the absence of former full time member Nandi Rose‘s harmony on the polyphonic track, her focus on personal project Half Waif doesn’t exclude involvement and support of Pinegrove. Rose’s charming lark-like vocals are bound to resurface for select performances and projects, if not guaranteed by her marriage to founding Pinegrove member Zack Levine.

Skipping ahead to track ten, “Cyclone” is swirling color and blurring consciousness. The song captures the challenge of change. Pulsing with life, it vibrates through grief with heartening honesty. Emotional vulnerability like that of “Cyclone” is a cornerstone of Pinegrove music fans will gladly repeat.

Appropriately titled “11th Hour,” the final rippling melody is a gentle harmonic send off that dramatically cuts the album mid-strum. The calculated stark end to 11:11 leaves the listener with a lot to digest. A reckoning of self and society is perhaps and unsavory closing thought. “11th Hour” dares to entertain the actual consequence of action, or lack thereof, in regards to climate crisis.

Rooted in environmental, political and communal consciousness, Pinegrove kills complacency and fosters community in the face of a world all too literally on fire. Layered in meaning and infinitely replay-able, the album is a beautiful execution of appreciation and confrontation with the planet, unpacking all that the situation encompasses with grace and kinship. 11:11 is laden in moments of fearful realizations that give way to the rays of green tinted hope we should all feel called to preserve.