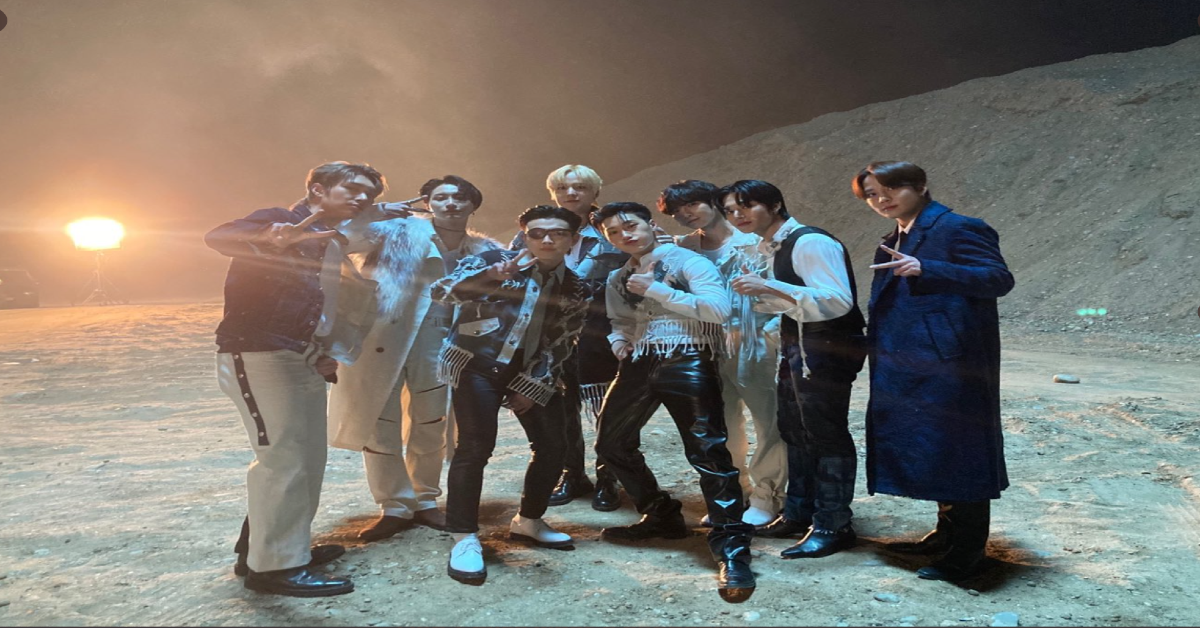 After dropping a mysterious music video trailer yesterday, ATEEZ have dropped their newest single “Don’t Stop.” The single and music video were released in partnership with the app UNIVERSE, a service where K-Pop fans can access bonus content from their favorite artists. “Don’t Stop” marks the group’s first release through the app.

Lyrically, the song is all about losing oneself completely to desire and trusting your instinct. “Desire becomes an addiction / Feeling dizzy / I am running out of breath / Looks like it’s about to explode,” members Yeosang and San confess in the refrain. The song is an intense anthem to let nothing get in your way and to take on anything.

Vocally, the standout moments in the track come from the group’s rappers on the pre-choruses. Mingi and Hongjoong deliver their lines with fiery and venomous with fervour. Their parts are a fantastic build to the chorus and beat drop.

The track itself is heavily focused on muffled drum beats and building synths. In particular, the synth melody backing the chorus greatly enhances the smoothness of the part and the group’s vocals.

Nice touches of piano in the second verse add some more hop and levity to the track. This gives it the lift it needs to keep the track from being weighed down.

With the addition of popping and glass-breaking effect cutting through the song nicely, this adds more points of interest to keep listeners engaged.

With “Don’t Stop,” ATEEZ are again showing their diversity as a group, always looking for new ways to express themselves. The song is a powerful statement of not giving up and embracing whatever the future may bring.