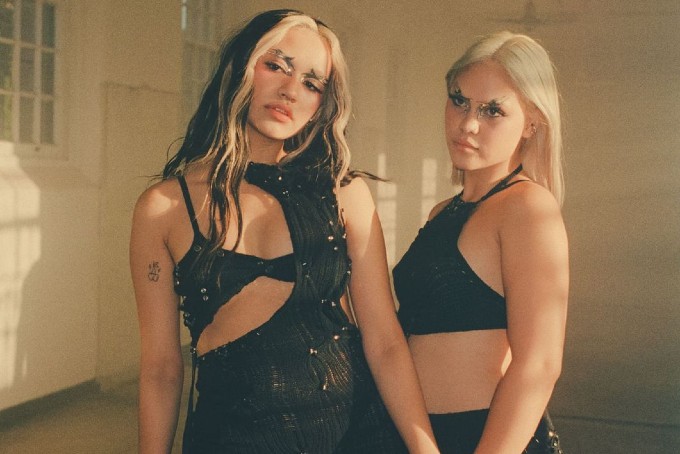 It’s hard to believe that Australian dark-pop duo Cat & Calmell are still so fresh to the music scene. Coming together not even 18 months ago, the group has taken the world by storm with their edgier sensibilities and R&B undertones. They indulge in themes of heartbreak, calling out mediocre men and self-love all through powerful, sass-punk swagger. Today, Cat & Calmell’s momentum continues with the drop of their newest single “Cry” which relies on a darker, EDM/pop fusion.

Not unlike past releases, the track opens with a fast-paced synth beat underneath broody vocals. As it swells, the dark tones lighten until it hits the bridge that explodes with shimmery pop euphoria. The infectious spirit that envelope the chorus and the EDM release at its close makes one feel like they’re soaring through clouds of kaleidoscopic colors. The track, albeit more introspective lyrically, still wades in a brighter soundscape full of high energy that further transcends any genre box one might want to categorize them into.

The music video for the song follows along with the duo’s vivid, eccentric personality. Opening with Cat & Calmell sitting on a couch in colorful clothing and pink and black wigs, the two are staring, entranced at a large window that acts as a television set or looking glass into another dimension which features the pair as they perform “Cry” in a white, static environment.

Like past videos, the cinematic universe that is created here is gravitating, sucking the viewer into their creative, abstract lens. As the video goes on, the versions of them that were on the couch begin inching closer to the glass, looking in with awe while touching its surface. It feels as though they’re trying to climb into the window to exist alongside their parallel selves. The video could be interpreted in many ways, but that’s always been the beauty in the dark-pop duo’s visuals and charm.

Cat & Calmell’s new single “Cry” only further proves that they are one of the most creative artists coming out of Australia right now. With how fresh-faced the two of them are, it really does feel as though this is still only the beginning of their musical impact and what they’re capable of. Stream “Cry” everywhere and check out the artistic music video for the single now.