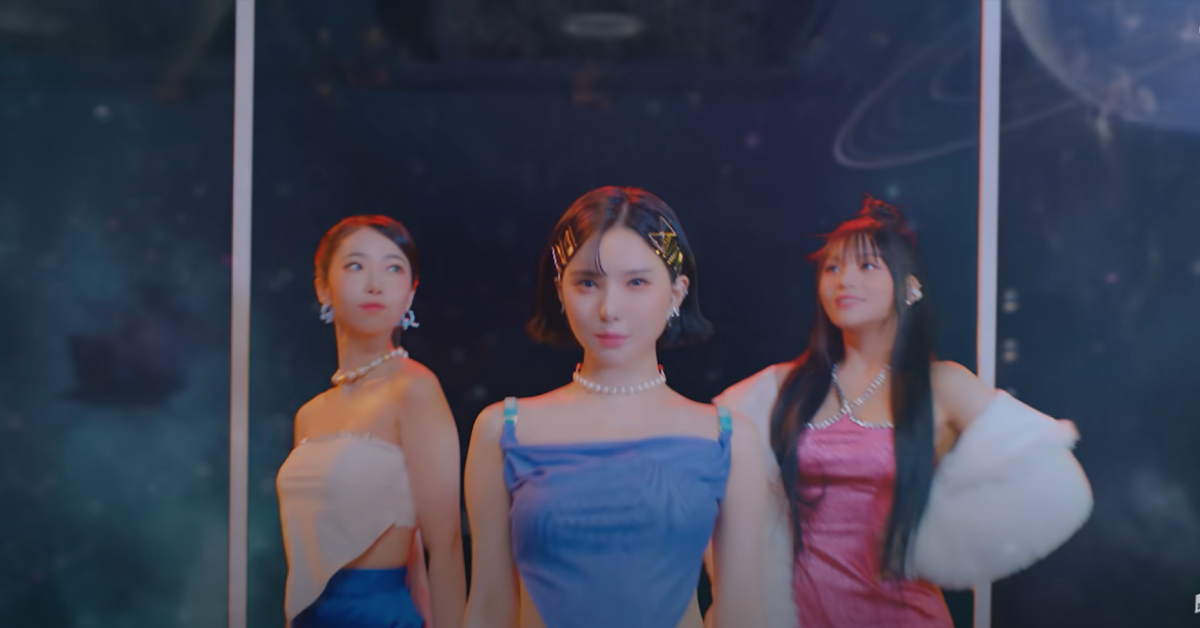 The highly anticipated debut of girl group VIVIZ has finally arrived! The trio, made up of former GFriend members Eunha, SinB and Umji, released their debut mini album Beam of Prism. The members had announced near the end of 2021 that they would be re-debuting as a trio. The release is kicked off by the lead single “Bop Bop.”

“Bop Bop” sees the girls fully embracing the current trend of upbeat, funk-inspired dance music; the kind of songs that are very catchy and can get anyone dancing along. Backed by a funk bassline, disco-esque synth work, the group keeps the energy at max levels throughout the whole track. Lyrically, the song is simple, focusing on the desire to break into dance with someone. It’s a long-used subject for pop songs, and VIVIZ definitely brings uplifting vibes. With that said, it would have been nice to see the group try something a bit more unique so that listeners can really get a taste of what VIVIZ can do. With the members being formerly of GFriend, a much-loved girl group that sadly disbanded in 2021, it’s safe to say that expectations were high for VIVIZ’s debut.

The song’s accompanying video is colorful and fun, just like the song. However, while it’s common for K-Pop to explore multiple concepts in one video, the video for “Bop Bop” does it a bit too much. We see the group in an underwater diner, a control room reminiscent of the TARDIS from Doctor Who, a sleek performance stage, a news station, and that’s only naming a few. The key to showing multiple concepts in one music video is to have some linking thread through them all, but each scene from this video feels like it belongs to a different song. So, while definitely engaging, the video pulls in too many directions.

Overall, “Bop Bop” is a solid release but shows VIVIZ taking the safe route. There’s nothing wrong with going by current trends, but if an artist doesn’t bring their unique touch to it, the song runs the high danger of falling to the side with so many other releases from other groups coming out. Despite this, VIVIZ is a very talented group, and so it will still be interesting to see where they go from here.