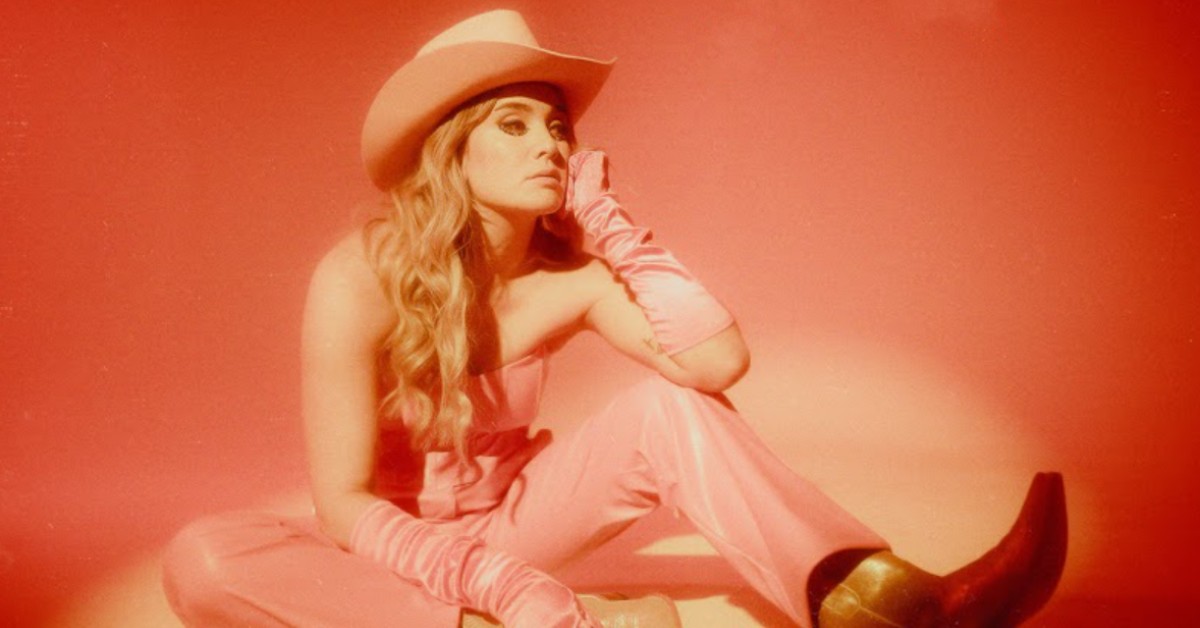 Just in time for Valentine’s Day, Sophia Scott released her new single “Sweetheart.” The track discusses a past love that the singer remembers fondly. Although the relationship didn’t work out, Sophia still wishes the best for her former lover.

Scott gained popularity thanks to her covers on YouTube. Taking inspiration from acts such as Fleetwood Mac and Sheryl Crow, the artist has written original songs that show all her potential. Sophia’s tracks “She Ain’t Me,” “White Fence,” and “Me, Myself, and Wine” have garnered attention from critics and fans alike.

“Sweetheart” brings Sophia’s vocals to the spotlight, and the singer’s emotions make the listener relate to her experience. The lyrics of “Sweetheart” are nostalgic but also heartwarming. Many times, the end of a relationship is difficult, and remembering the aspects that made you fall in love with that person can make you feel blue. However, even if things didn’t work out, you can still hold on to the good moments you lived together.

Sophia Scott defines her own genre as “gruntry” — a mixture of country and grunge — and with good reason. Her lyrics reflect both the rebellious aspect of grunge and the storytelling that characterizes country songs. No stranger to the music scene, Sophia took part in the Jonas Brothers’ Remember This Tour last fall, where she performed in front of thousands of fans. Also, the songwriter collaborated with Iggy Azalea and Renee Blair for her song “Knock Yourself Out.”

Now, Sophia is ready to take over the industry with “Sweetheart.” Soundigest had the opportunity to interview Scott, and she gave us some insight into her life as a musician and some hints about her upcoming debut EP. Check it out below and don’t forget to stream “Sweetheart.”

What are your expectations for the audience’s reaction to “Sweetheart”?

I hope that people can hear it and think back on the magic of their first love or maybe a high school sweetheart and appreciate that person or that first-time feeling again. There are a lot of breakup songs (mine included) that have a negative spin on an ex, but I hope people can listen to this and feel happy for whoever that person was to them even if it didn’t work out.

The lyrics in “Sweetheart” are very emotional and honest. Is it easy for you to let your feelings out when writing a song?

Not always, but I try to be as honest as possible in my music even if it is difficult to get out. It seems to be the most rewarding for everyone involved when you can dive deep and say what’s really on your mind.

You’ve released music independently for years. What is something you’ve found difficult to adapt to now that you’re working with a label?

There are more opinions, haha. It can be a good and a bad thing, but when I was independent, it was only up to me.

What can you tell us about your upcoming EP?

It’s a super personal project. I’ve had many of the songs for years, but the timing hasn’t felt right until now. I am really nervous, excited, and just ready for people to hear it. I’ve only ever released singles, so putting out a full project of my story will hopefully reveal a whole new side of myself that people haven’t gotten to know yet.

Your covers are very popular on YouTube. What’s your favorite part of doing those?

My favorite thing is to take a song I love and put my own spin on it.

There are also some covers of “She Ain’t Me” on Youtube. Have you listened to them?

I’ve listened to a lot of them. They make me soooo happy. I can’t believe I’ve come to a place in my life where people are covering MY music. Starting out as a cover singer, it really brings it full circle and is pretty damn crazy.

The music video for “Me, Myself, and Wine” is really fun! What’s the best part of filming music videos?

Getting to play a character that isn’t necessarily how I would act is SO fun. I love getting to play dress up and getting my makeup and hair done. I want to do something super off the rails and outside the box for my next video.

You were a special guest on the Jonas Brothers’ “Remember This” tour last fall. How would you describe the experience?

Surreal! I had to pinch myself when that was happening. It was just crazy exhilarating to be on the same stage as them and performing to that big of a crowd. Definitely a bucket list moment.

You have mentioned that starting your career, you thought people wouldn’t take you seriously as a country artist because you didn’t grow up in the South. Do you now think this has actually made you more appealing to your audience?

I hope that it helps when it needs to, and, mostly, I just think the music should speak for itself regardless of where I grew up. I think I get so in my head about that and often forget that Colorado (where I’m from) has this whole other side of ‘Country.’ I’m a Colorado Country girl and need to be proud of that.

If you could go back in time, what advice would you give to your younger self?

“You have to go through the hard shit in order to appreciate the good stuff. There’s no way around it, and you’ll be better for it.”