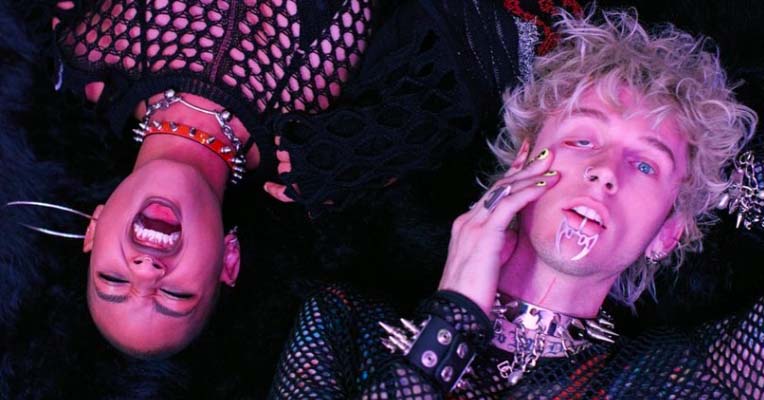 Machine Gun Kelly has finally given fans the first taste of his upcoming album mainstream sellout with his latest single “emo girl.” The song features WILLOW and includes an accompanying video where herself and MGK are inside of art exhibits in a museum. The video begins with Travis Barker leading a group of kids into the art museum for a field trip. As the kids explore the museum they rock out to visuals of Machine Gun Kelly, Willow, and emo girls! By the end of Travis Barker’s tour, the children on the field trip have given themselves a complete emo makeover.

The song is a pop-punk track that will have you rocking out in your car with the volume all the way up. You’ll be able to hear the track, along with more, when mainstream sellout comes out, which is set for a March 25 release. It was previously announced that the album would be titled Born With Horns with MGK and Barker getting that title tattooed on their arms. MGK broke the news to Travis in a recent video on his socials that the new album title is now mainstream sellout. While you’re waiting for the rest of the album, check out the video for “emo girl” down below!