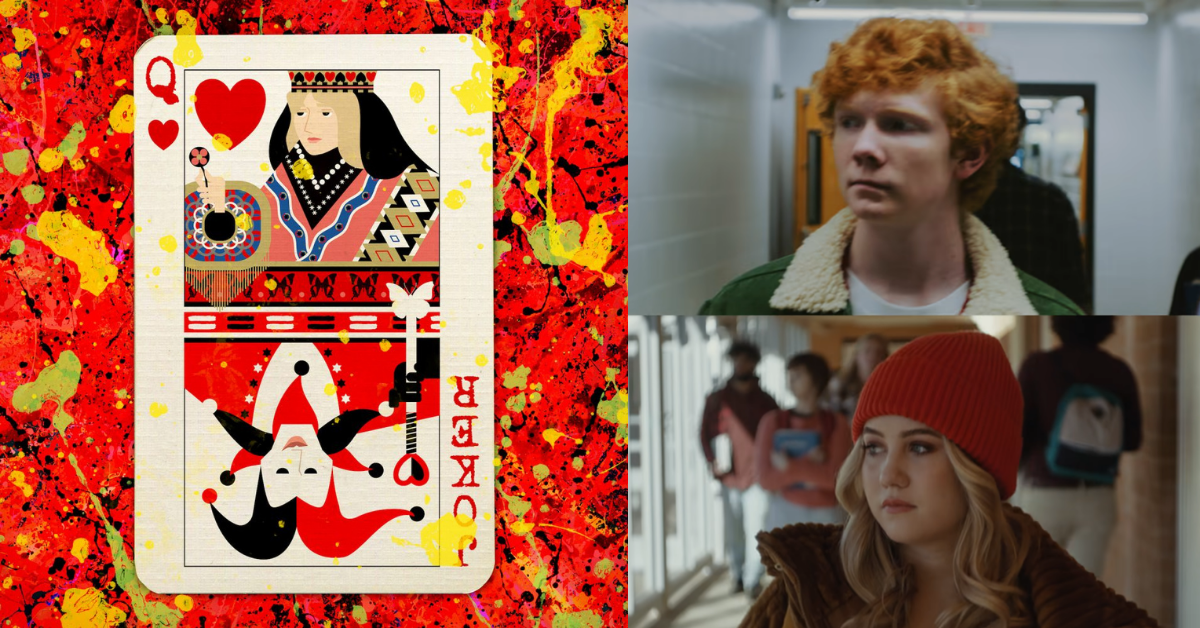 Last Friday, Ed Sheeran released a music video for “The Joker and the Queen,” his new collaboration with Taylor Swift. The original track — sung by Ed only — is part of Sheeran’s latest album, =. This single is the fourth collaboration between the friends, and Ed confirmed that Taylor would be in it at the 2022 BRIT Awards, held last Tuesday.

Overall, “The Joker and the Queen” is a love letter from Ed Sheeran to his wife, Cherry Seaborn. In the song, Sheeran states that Cherry could’ve fallen in love with anyone else, but she chose him. He also sings that she always sees the best in him, and he’s a better person thanks to her. The track became a fan favorite as soon as the album came out as it’s an ode to love and commitment.

When Sheeran released his music video for “Overpass Graffiti,” fans noticed some easter eggs for his collaboration with Swift. First, a newspaper article mentioned Taylor, and it had a picture of one of her cats. Also, Ed’s leather jacket had a design on the back that represented “The Joker and the Queen,” and it had a patch that read Taylor Swift’s name next to it. Similarly, the music video for Taylor’s “I Bet You Think About Me” included a nod to Ed’s = album in a wedding cake.

Ed and Taylor met in 2012, and they have written songs together since the start of their friendship. The pair has collaborated on Swift’s tracks “Everything Has Changed,” “Run,” as well as on the re-recording of “Everything Has Changed (Taylor’s Version).” “The Joker and the Queen” is the first time that they collab on an Ed Sheeran song.

The music video for “The Joker and the Queen” brought back Ava Ames and Jack Lewis, the actors who starred in the “Everything Has Changed” music video back in 2013. Now, all grown up, Ava and Jack attend different universities, and they can’t help but feel sad about being apart. However, they still treasure their moments together.

Also, the video has some easter eggs, such as a conversation between Ed and Taylor from 2013. In Ava’s room, we can see a red scarf and a hat that Taylor wore for the cover of her Red (Taylor’s Version) album.

📽️| An old conversation between @edsheeran and @taylorswift13 appears in "The Joker And The Queen" MV! pic.twitter.com/vVBMZ0Pi2o

To celebrate the release of “The Joker and the Queen,” Ed wrote, “me and Taylor first met and wrote + recorded our first song together in 2012, ten years ago now. I’m so so honored to have her on this song. Not only is she the best singer/songwriter in the world, but she’s also a very close friend. I’m very lucky to have her in my life.”

On the other hand, Taylor shared the video on her Instagram stories and wrote, “congrats, Ed! This video makes me think of our friendship all these years. Also, can’t believe Jack & Ava from the “Everything Has Changed” video came back and did this!! Nostalgic heaven !”

Of course, fans of both Ed and Taylor are extremely happy with the collaboration. This song and music video is a testament of not only the artists’ friendship but also of the bond they have with their fans, who actively support the musicians in everything they do and have been doing so for a decade — and even more —. Check out the music video for “The Joker and the Queen” below and don’t forget to stream Ed Sheeran’s album, =, on Spotify and Apple Music.