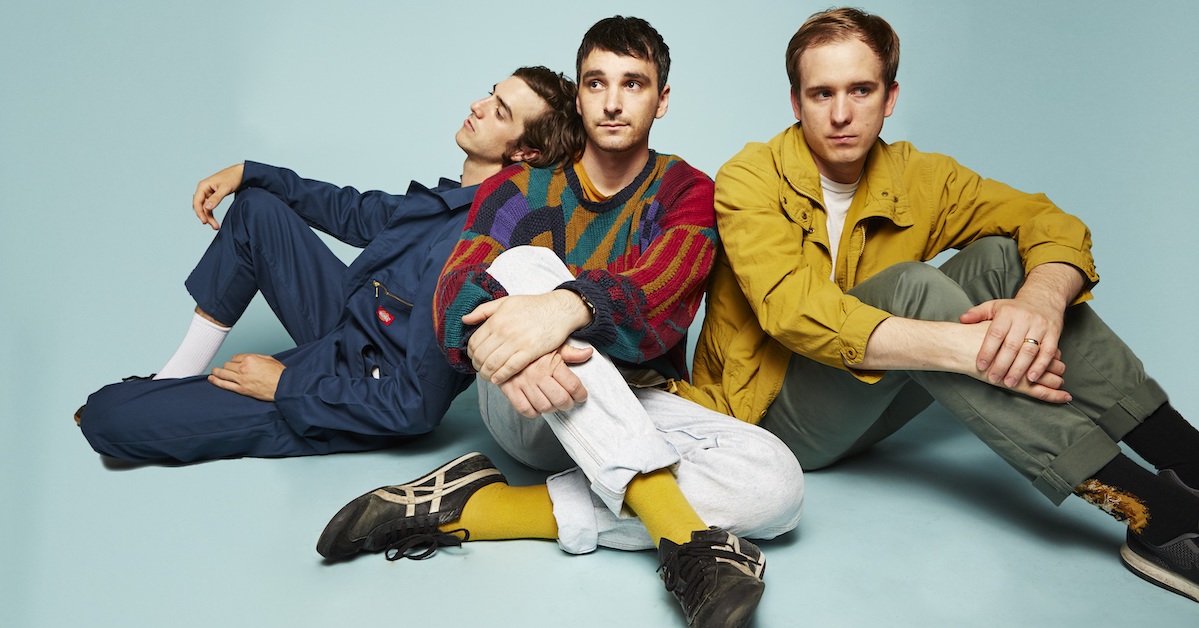 half•alive has released part one of their sophomore album Give Me Your Shoulders. The seven song collection is an exploration of intimacy and spirituality. It’s an intriguing collection of songs from the alt pop trio that expand upon their eclectic sound.

Hailing from Long Beach, California, half•alive first gained notoriety with their debut single “still feel” which managed to chart instantly. The group – consisting of lead singer Josh Taylor, drummer Brett Kramer and bassist J. Tyler Johnson – arrived with a unique take on genre blending and their stunningly choreographed visuals which have become their signature both on film and live in concert.

Give Me Your Shoulders, Pt. 1 includes four of the five singles that the band released in 2021 and three new tracks. The trio explore spirituality and life’s meaning on the tracks “Make of It,” “What’s Wrong,” and “Back Around.” “Summerland” is a celebration of life and growing and enjoying. On “Everything Machine,” “Hot Tea,” and “Move Me” they try to unlock the intricacies of intimacy.

“Everything Machine” captures an obsessive need to be a partner’s entire world. It’s got an  understated, but hearty bassline and evolving drum sounds. Over this Josh Taylor sings “I could be your world, every single dream/ I’ll be your everything machine.” The titular phrase is able to simply capture the drive to adapt to be anything someone could ever need. It’s consuming and perhaps overwhelming as the tension that builds in the bridge illustrates.

“Move Me” is the ballad of the collection. It keeps the band’s sonic quirks, starting with a stuttering syncopated beat. But on the chorus, this falls away for  a simpler, directed emotional plea with reverbed horns to elevated Taylor’s lovely vocal performance. It’s a track that really manipulates itself to convey changing space.

The song is accompanied by a collaborative music video. The band divided their normal resources for a video amongst a group of visual artists to take 30 seconds of the song to bring to life. The result is a surprisingly coherent visual for the song that embodies the different layers of this song and the project as a whole.

“Back Around” closes the Give Me Your Shoulders, Pt. 1 on a high note. While the lyrics and vocals are as well done as on the rest of the tracks, the production is really the star here. The breaks after the chorus are slick and infectious. As always with this trio, the beat is in your face and volatile, and when it comes back after the fleeting silence it’s engrossing.

If the first taste is any indication, half•alive are sure to avoid the sophomore slump with Give Me Your Shoulders. The band will now be going on a tour of North America and Europe to support the new music. The tour opens on February 24 in Austin, TX. There is no official date yet for when we’ll hear the rest of the album.