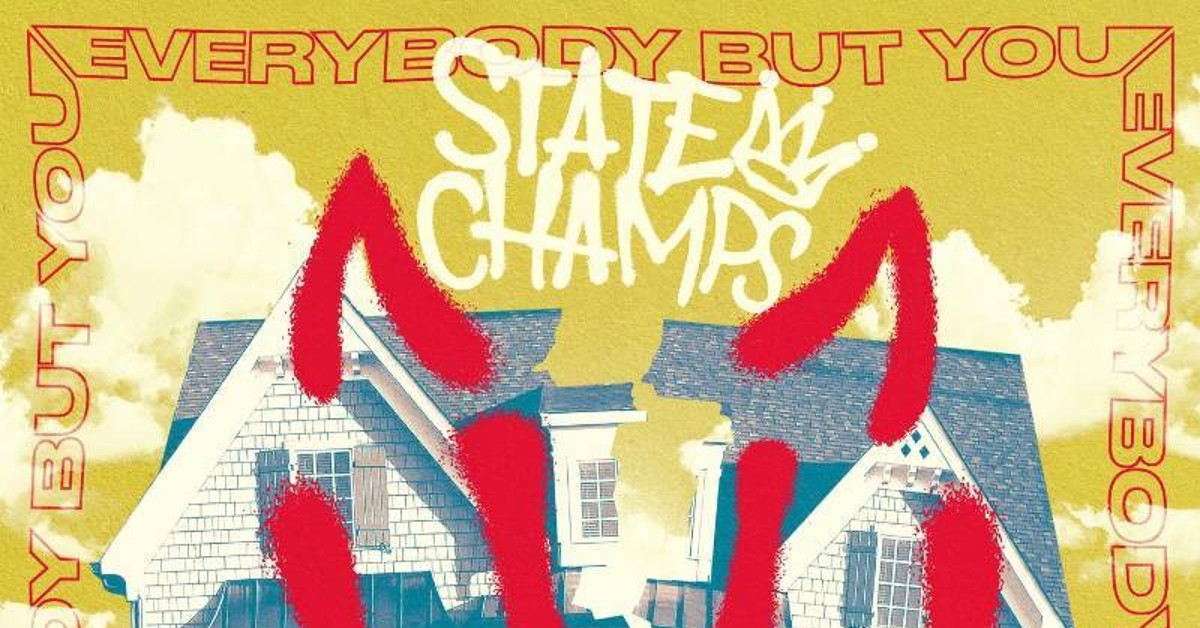 State Champs of what? Clearly of pop punk because the Albany boys can’t stop dropping bangers. “Everybody But You” sees the quartet returning to their roots of good riffs, relatable lyrics, and an overall fun vibe. Also, with a feature from Neck Deep‘s Ben Barlow and references to old songs/albums, the track infuses nostalgia with the new. The pop punkers have fans even more hype for their 4th album’s release in May.

“Everybody But You” is about moving on from a toxic relationship and just wanting to have fun. Sure, the old saying was “the best way to get over someone is to get under someone.” But, State Champs is raising the even better suggestion of getting over someone by throwing a wild house party and definitely don’t invite your ex. The track embodies all the good elements of pop punk with everyone making a mistake and even if you’re in a bad situations, your friends are there to help. It’s relatable and energetic. And, it shows that although State Champs is evolving, they still respect their roots.

Musically, “Everybody But You” is living proof that State Champs are leaders in their genre. With catchy riffs and clean drum fills, it’s sure to get anyone with a pair of Vans moshing. Also, Ben Barlow fits so well in the track. With a cheeky reference to Neck Deep’s track “Part of Me,” it’s something fans of both bands will love. And for the fans that really hidden easter eggs, check out the “Everybody But You” video. With a classic house party, pizza delivered by Tyler Posey, and the band’s iconic dancing and acting, it’s perfect.

So, for those that prefer the finer things, “Everybody But You” is the ideal track for your next party or driving with the windows down. And, be on the lookout for Kings of the New Age dropping May 13. If the singles are any indication of what the album will be, it’s going to be a good time. State Champs have been impressing us since 2013, so we’re so excited for this next chapter with them.