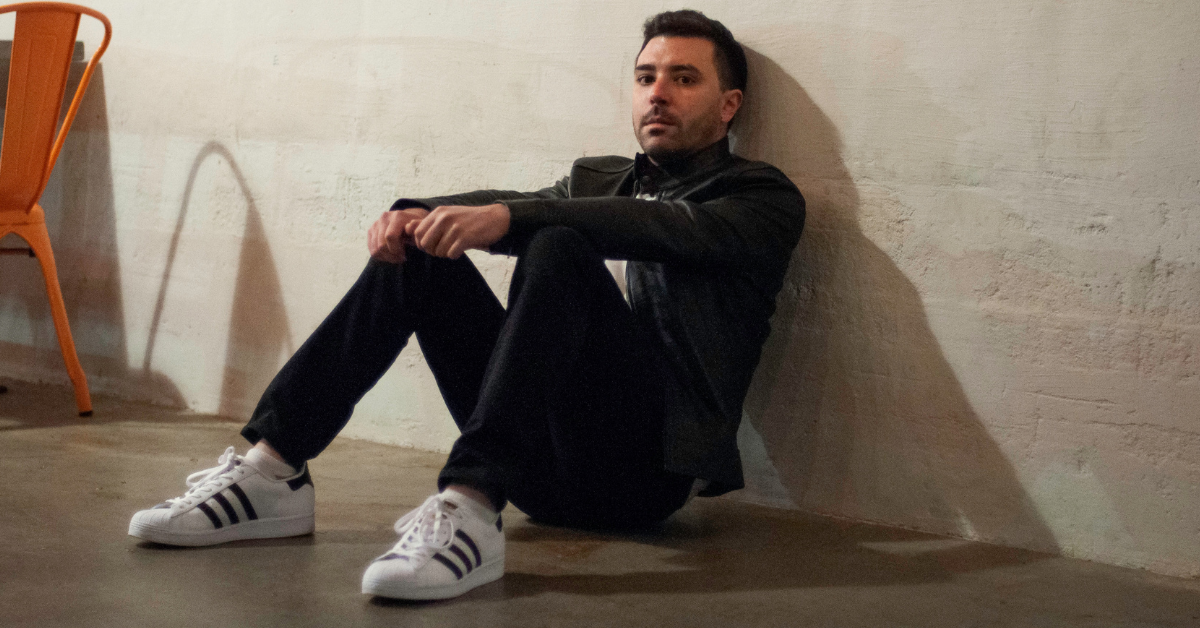 In 2010, Animalweapon started as a side-project for Patrick Cortes when he experimented with the song “Mexican Standoff.” Nowadays, the artist is about to release his fourth studio album, and it’s a bit different from his previous work. Consisting of seven songs, Set of Constraints will be available on all streaming platforms on April 15.

Animalweapon’s latest single, “Deserve,” conveys a feeling of isolation, which the musician wanted to capture in its music video. With the help of Scot Dunlap, who directed the video and is also the owner and founder of Polychromatic Records, they executed Animalweapon’s vision perfectly. Moreover, the music video is set on Animalweapon’s home of Raleigh, North Carolina, which was pivotal for his music career. As a result, the video transmits a bit of nostalgia to the viewers.

All the songs in Set of Constraints truly embody what the artist describes as “a transitional period of [his] life,” and he hopes that the audience can connect the record to what they’re feeling. Soundigest talked to Animalweapon about the “Deserve” music video, Set of Constraints, and the writing process. Check out the video and the interview below and remember that Set of Constraints comes out on April 15.

The music video for “Deserve” is set in your hometown. How important has Raleigh been to you in your journey as a musician?

It’s been essential. Although, it took me a while to recognize how much. For a long time, it felt like I didn’t really belong here; like maybe there just wasn’t room in the scene for me. I’ve said this a lot, but I’ve sometimes felt too electronic/laptop-driven to play with bands and not clubby enough to play on electronic nights that are more for bass music, dubstep, trance, D&B, house, whatever else. I resented that for a while before kind of sucking it up and just doing the best I can to carve my own niche.

You’ve stated that Set of Constraints is a marker of a transitional period of your life. How do you think this record will help listeners in their personal paths?

If I do it right, I’m not the guy to ask. I hope there’s something on there that someone can identify with, and, hopefully, it will help them, but what that thing is and how it helps is going to be on a person-by-person basis. They also don’t need any of that. At the end of the day, I just set out to make some good music, not write a self-help book.

What’s your favorite song on the album and why?

It’s a two-way tie between the last two tracks. The title track was so much fun to work on, from sampling my friend Alina’s plant pot to recording with MJ [Burns, Raleigh artist], who did the backing vocals. Those “oohs” and “ahhs” get me every time and I’m really proud of the work we did together. On the other hand, there’s the alternate version of “Summer’s Over” with the string arrangement, which I think is hands down the most beautiful thing I’ve ever worked on. MJ is on that too, and her backing vocals are just haunting, and that string section just really sucks you in and feels really cinematic. I’m in love with it.

Which song was the hardest to write and which one was the easiest?

I’d have to say [the hardest was] “DST (Wreath),” which is odd for me because the instrumentals usually aren’t too hard. I’ve certainly written way more complex stuff than that, so I don’t know what the deal there was. I just wanted something a little more passive. Plus, those drums were a little tricky. “August” was the easiest because it’s an almost-instrumental. The three lines of lyrics that are there came to me in 30 seconds. I’ve done this once or twice, but I really like songs that are mostly instrumental and just have a few lines or maybe one verse smacked in the middle.

How do you decide to include lyrics or not in a song?

Good question! I’m not really sure. Usually, I have an intention from the outset to do one or the other. The times I don’t, it’s not often that I’m in the middle of working on something that I intend to have lyrics and then decide it’s better as an instrumental. I suppose the opposite has happened a little more.

Some people still don’t consider electronic music as “real music.” Have you ever received comments that try to undermine you and your work? How do you deal with those?

I mean, those people can blow me, but I can’t actually say I remember the last time someone has said something like that to or about me. Ten years ago, I probably would have gotten unnecessarily upset and flown off the handle a little, but now I just don’t care that much. They’re idiots, to begin with, and people like that are very, very unlikely to change their mind about anything, so it’s not worth paying any attention to.

Do you plan on releasing more music videos for the songs in Set of Constraints?

That’s the plan! I really wanted [the album] to come out the same day as the next single, but things got really hectic with all the stuff left to finish for this thing. So, it’s gonna be longer than I thought. It’s always longer. But there’s other cool video stuff that’ll be happening soon too!

Did you ever have doubts about becoming a musician?

Not until it was too late. I think I was either having fun or had an overinflated ego at the beginning, and it didn’t really occur to me to have any doubts. It wasn’t until later that I was like “wait, what the hell am I doing? I’m not good at this.” Still happens a lot; it’s just part of it for me, and I’m cool with it.

If you write a song about someone, do you tell them, or do you prefer that they figure it out themselves?

I’ve only done two songs about people who know it’s about them, and that’s only because it was kind of a gift of sorts each time. The rest of them, those people can figure it out themselves, and I’m pretty sure at least some of them have. One or two in particular, there’s no way they don’t know.

How will you celebrate the release of the album?

We’re throwing a big old release party at The Pour House in Raleigh on April 14, the day before it comes out. I’ve got some incredible supporting artists to kick the night off. Then, of course, I’m gonna play a fun set; then, we’ve got a DJ after me, so I can hug everyone and party way harder than I should for someone my age.