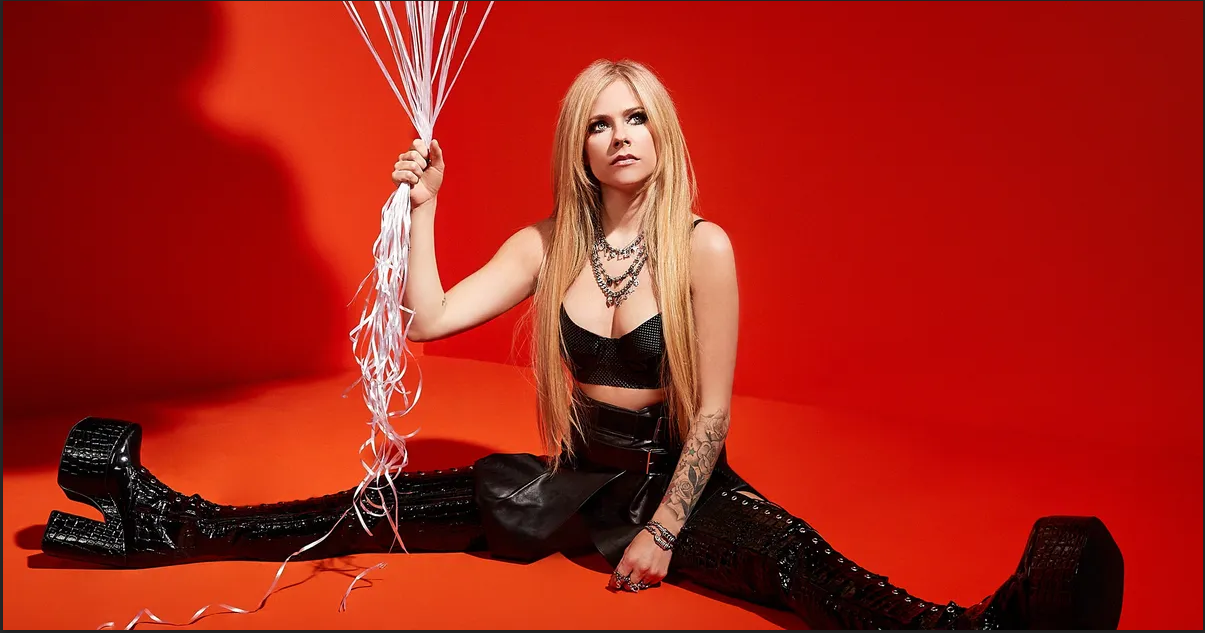 Avril Lavigne is back with her new album Love Sux. Released on February 25th, the teen punk idol reminds the world that love belongs to February 14th. Then we can go right back to being bitter.

Most notably known for her early 2000s bangers like “Complicated” and “Skater Boi,” Avril is returning to our Spotify playlists with new music for this decade. The singer seemingly took a break from making music in 2013 when she married Chad Kroeger of Nickleback. With only one album release between then and now.

Now twice divorced, Avril ushers in a new era in Love Sux. It’s one that illuminates the underlying theme, “love sucks, but Avril rocks.” Instead of pining songs like her infamous 2007 song “Girlfriend,” she’s taking a new approach to love and it’s up to her lovers to take her or leave her.

With our original pop punk princess reemerging, she’s brought other pop punk sweethearts onto her new album. Such as Machine Gun Kelly, blackbear, and Mark Hoppus. While their presence adds to the album as a whole and celebrates the nostalgic punk renaissance millennials are experiencing, it’s songs like “Avalanche” and “Dare To Love Me” that steal the show.

Avril’s solo prowess is showcased through the punk ballads. Slowed down just enough to fit the theme of the album, while still breaking it up. The ballads are a moving juxtaposition to the album’s takes off. From “Cannonball” we’re welcomed to the scene with a prime scream and the energy follows through until “Kiss Me Like The World Is Ending.”

The album was so outstanding that even Taylor Swift had praise for Avril.

The singer shared her gift on instagram on Wednesday of last week. And, as she often does, Swift got down to the jist of it.

Love Sux is the perfect punk album to dance to for Avril’s long time fans. There’s hints of the past while embracing modernity. The perfect balance that screams ‘it was never a phase mom!’