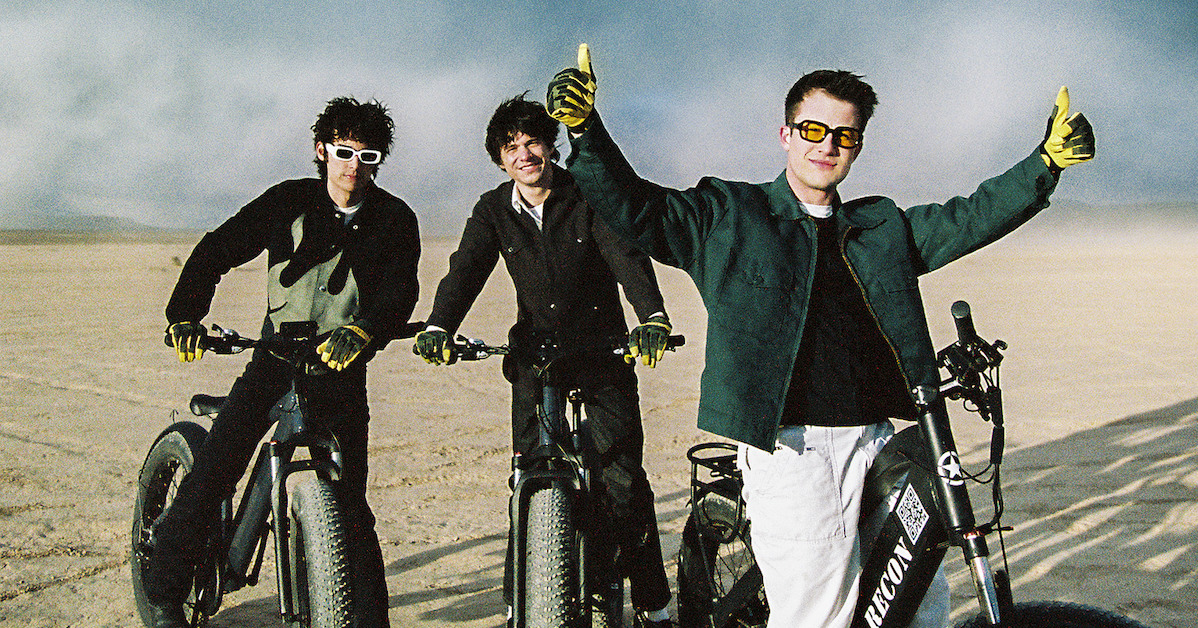 Alt-rock trio Wallows has released another single from their upcoming sophomore album Tell Me That It’s Over. The new song, titled “At the End of the Day,” may share a name with a musical number from Les Miserables, but it is not a cover. It’s a song reaching out to a partner trying to understand if you are both in this for the long run. It’s an emotional track that has a more electronic influence than the trio’s previous two singles.

The song opens with an accented synth bass and an arpeggiated synth playing off each other, before dreamy reverbed acoustic guitars wash in. It’s reminiscent of early 80s rock when disco and dance synths were starting to sneak their way in amongst the guitars.

Describing the single, band member Dylan Minnette said, “‘At the End of the Day’ is about being very invested in a relationship with someone and fearing it may ultimately be doomed but you just want that person to be happy no matter what.”

There’s a yearning that runs through the track even as it starts to pick up and become more dancey as the beat kicks in for the second verse. It’s a really stunning track from Wallows, and shows off a more layered and mature sound from them. The track was produced by Ariel Rechstshaid who is known for his work with Haim, Vampire Weekend, and Carly Rae Jepsen.

The song is accompanied by a music video directed by Jason Lester. The band shot the video in Las Vegas and shows them on a road trip through the desert.

“At the End of the Day” follows the preceding singles “I Don’t Want to Talk” and “Especially You.” All three songs will appear on Tell Me That It’s Over when it drops March 25. The band will be going on a world tour in support of the new album starting in April.