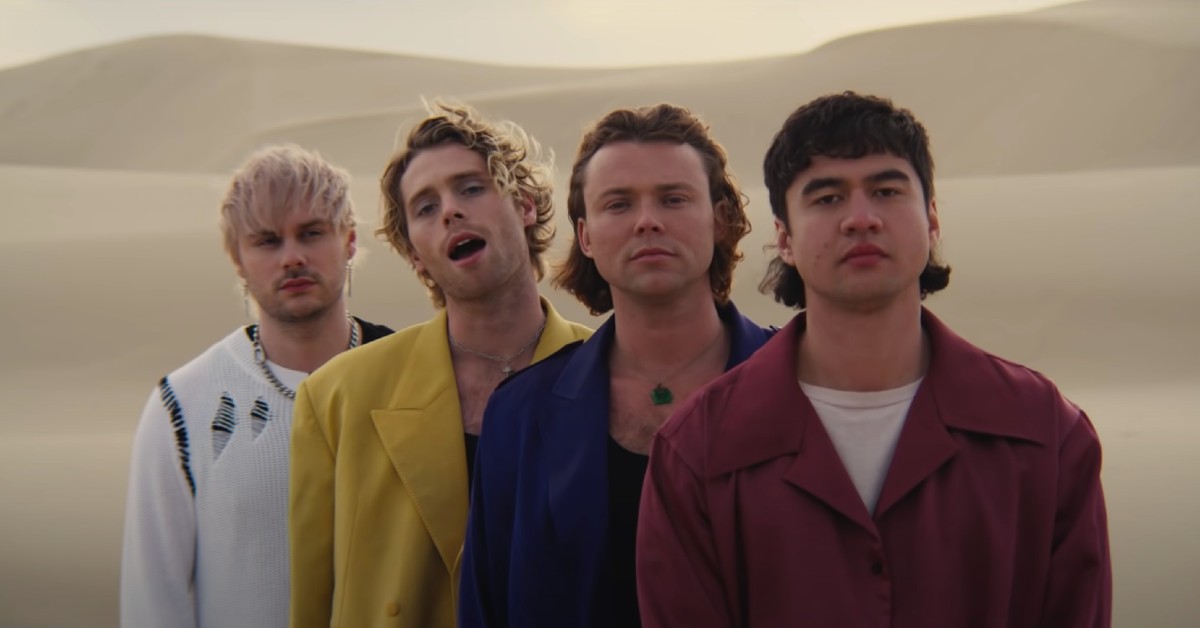 Michael Clifford, Calum Hood, Ashton Irwin, and Luke Hemmings may be entering their best era yet. 5 Seconds of Summer (5SOS) has been through a rollercoaster of a journey since their formation in 2011. All that has led them to “Complete Mess,” their first track entirely written and produced by themselves. This is the first track of their forthcoming 5th studio album which is yet to be named, but already building hype. “Complete Mess” is elegant and nostalgic, while showing tremendous maturation from the Australian quartet.

“Complete Mess” transports us back to the soothing sounds of the 2000s with clear influence from Coldplay, One Republic, and other pop-rock icons. At the same time, it sounds like the perfect continuation to their previous album, CALM. As a culmination of all 5 Seconds of Summer’s previous best works, “Complete Mess” shows growth. They’re acknowledging what worked well in the past and taking that to shape their bright future. Also, with beautiful producing from the band’s very own Michael Clifford, it shows how much they’ve honed in on their craft.

Now that the boys are in full control, we also get the treat of all 4 of them having a solo in the song. “Complete Mess” again showing the range of talent developed through their years of hard work. The lyrics are simple, yet elegant. Viewers feel the emotion through the way Ashton, Luke, Calum, and Michael sing. Plus, there’s an even grander ethereal energy from the accompanying music video. While wandering through what seems like an endless dessert, 5SOS pours their hearts out while in statement-colored suits. It’s also a lovely demonstration of the bond among the bandmates. They’re hugging each other and picking each other up when they fall.

So, it’s time to welcome in Album Five Era of 5 Seconds of Summer with open arms. “Complete Mess” is a song that’s sheer emotional power sends chills down your body. It’s full of paradoxes. Being light and heavy. Also, nostalgic and modern. It’s an iconic first single and we can’t wait to see where these artsy Australians have in store for us next.