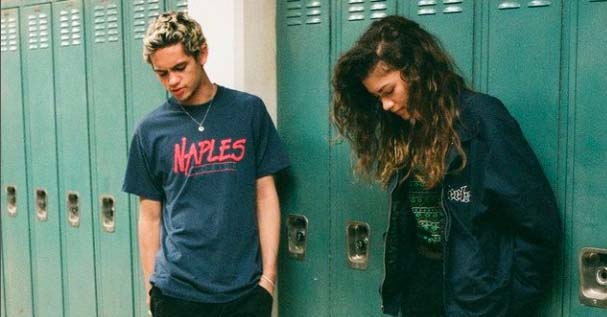 If you were one of the people who actually didn’t mind that scene in the Euphoria finale where Dominic Fike sang to Zendaya’s character for almost four minutes then you’re in luck! After mixed reviews of the scene were floating around online during the latest episode of the HBO series Dominic released an updated, shorter version of the track. The track released differs from the version heard in the show not only due to the length change, but it also includes the addition of Zendaya’s vocals!

The newly released track clocks in at just two and a half minutes and includes an updated production of the show’s version. Embracing all the memes about the scene’s length in which the song appears, Dominic writes in his Instagram caption “we made the song shorter…”

In the episode, the song is used in a scene between Domicic and Zendaya’s characters, Elliot and Rue. With lyrics “Little star // Feels like you fell right on my head // Gave you away to the wind // I hope it was worth it in the end” Elliot serenades Rue as they make amends. Zendaya harmonizes with Dominic beautifully on this song  and truly adds a dreamier effect to the ballad. Zendaya co-wrote the track with Labrinth who produces all the music for the show.

The song does a great job of emulating the characters emotions and is overall a really sweet ballad. The song is available everywhere to listen to now and even if you don’t watch Euphoria, its still a nice listen. With this release we hope to hear more music from Dominic this year as this is technically his first release of 2022! We also would not be mad at all if Zendaya dips her foot back into the music world again! While we wait for more from these two, you can check out “Elliot’s Song” right now.