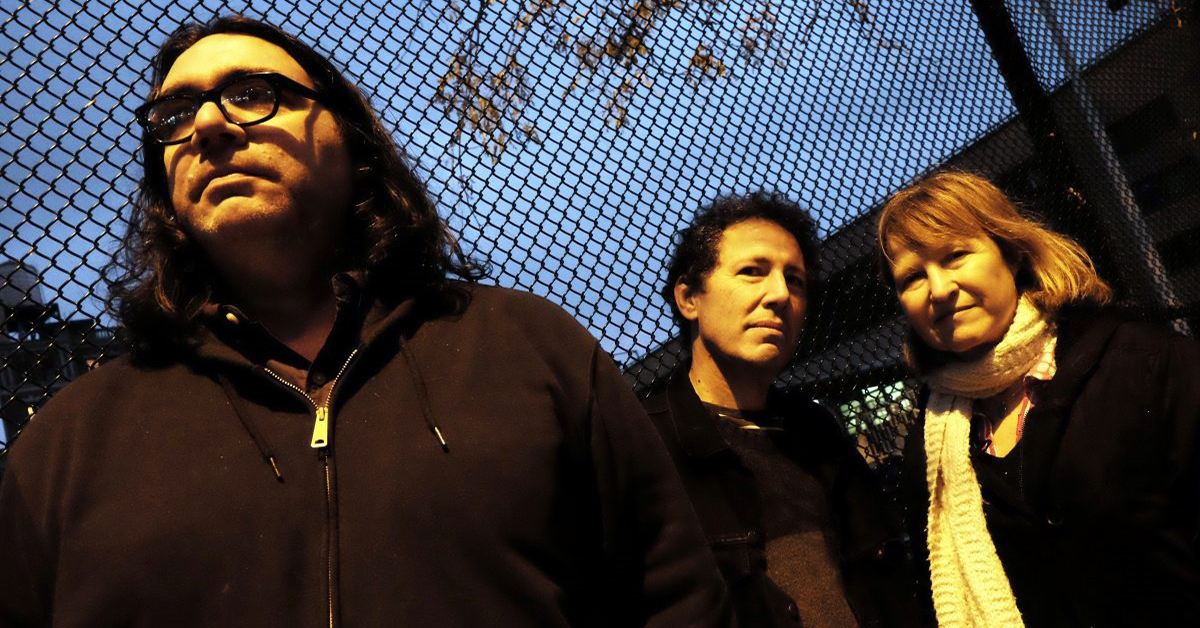 “We’ve been a band for a long time, and the secret to our success is that we have a lot of things in common. Hobbies and interests, music of course, but we also all love St. Patrick’s Day. When we heard Chicago celebrates on 3.12, we had to be here. We don’t care how shitty the club, we wanted to play Chicago.” – Ira Kaplan, Yo La Tengo.

Celebrate they did. After a crisp 10° day of drinking songs on the bright green-dyed Chicago River, the city was primed for an earth shattering treat: a Yo La Tengo concert. All the way from New York, the titans of indie rock for the last 30+ years descended upon the windy city for the first time since 2019. Far from the feared “shitty club,” the band returned to Thalia Hall, a Czech-rooted Chicago landmark that has been entertaining bohemians since 1892. The evening of March twelfth carried on this tradition, as 20-something Pilsen hipsters and pepper haired Gen Xers alike filled the intimate venue.

A Topo Chico and a half in and the houselights finally lower. Three distinct shadows emerge from the wings and meander to their instruments. One tall and ample on bass, one sheepishly seated at the drum kit, another tenuous and unassuming on guitar. They busy themselves with adjusting pitches and looping rhythms, cooly slinking to and fro on the dark stage. They face away from the crowd as the lights rise and the first song begins. This is Yo La Tengo.

Layered in simple complexities, the comforting instrumental somehow generates a buzzing anticipation. It’s “You Are Here,” the intro to the 2018 album There’s a Riot Going On.

For the next hour and forty five minutes, our heroes oscillate between alluring melodies, reverberating deep cuts, poppy crowd pleasers, heartfelt melodies, and complete freak-out rock. The sequential highlights of which are below. “Let’s Save Tony Orlando’s House,” a sweet classic in their discography sung by drummer Georgia Hubley. Frequently in harmony with her husband and YLT frontman Ira Kaplan, the couple is rounded out by bassist James McNew. Whatever timidness the trio wear in daily life was stripped bare, an explosive display that only escalated as the performance gained momentum. Kaplan harnessed the whole of his being, beaming it all into the guitar. In fact, if wasn’t borrowed from Jeff Tweedy and the rest of Chicago’s own Wilco, many of the instruments would have likely been badly damaged by Kaplan’s many black-out guitar solos.

McNew also took advantage of the opportunity to perform center stage, with gentle jams like Tiny Birds of 2003’s Summer Sun, and whirlwind encore performance of “Live Fast, Die Young” by The Circle Jerks. The most magical moments were when all three joined forces for absolute powerhouses. Most notably was a near 15 minute eardrum shattering rendition of “Pass Me The Hatchet, I Think I’m Goodkind.” While this mythic performance dismayed the aforementioned pepper hairs in the balcony, Yo La Tengo achieved what only they could accomplish. A heartfelt balance of ballistic jams with equal emotional force and compelling delivery as that of a gentle refrain. This, and an apparent affinity for St. Patrick’s Day, is the secret to Yo La Tengo’s prolonged success.

A streaming playlist of Yo La Tengo’s 3.12 Chicago set can be found here.