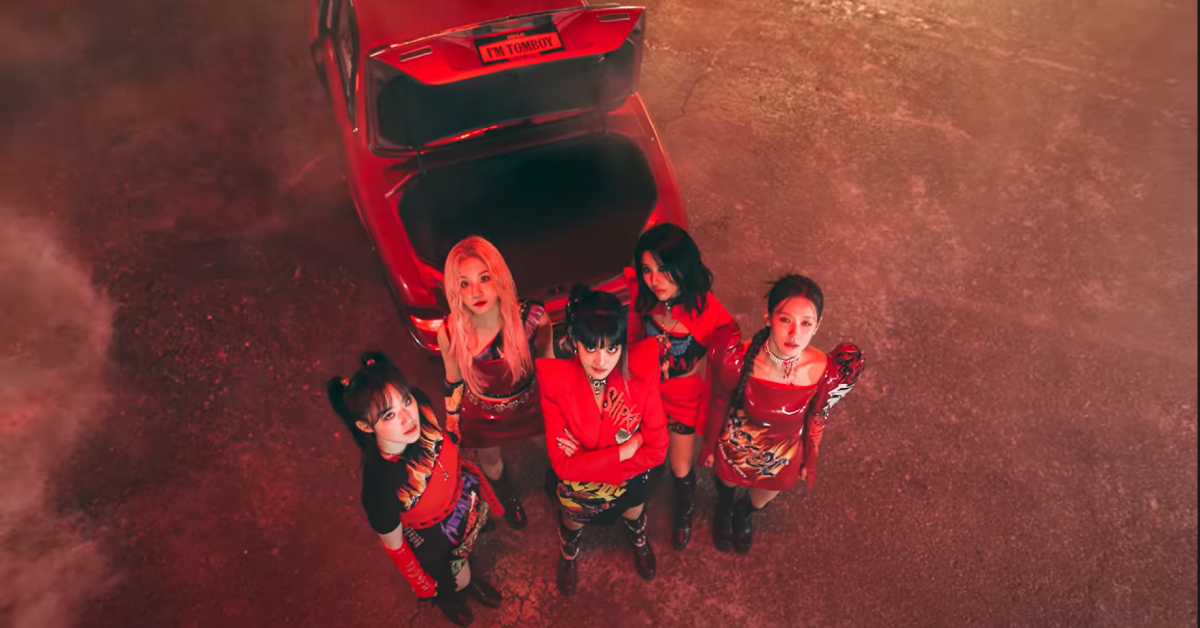 G-IDLE are back with a brand new album and attitude! The group has released their first full album I NEVER DIE, and has kicked off the release with the rock-inspired lead single “TOMBOY.”

“TOMBOY” has the members embracing their rebellious sides, with a pop-rock track. The instrumentals themselves are fun and fit the high-energy vibe well, though it definitely could have benefitted from some more variety. The synth touches in the verses are a nice break from the rock sound, but the rock part is a bit generic. It’s just a straightforward drum beat and guitar chords. It would have been great to at least hear some effects in the instruments or even some punk influence. The electronic elements could have been mixed with the band instrumentals to get some kind of industrial rock sound, just anything to make the track itself more memorable.

As for the members’ performances, vocally they embody the energy of the song wonderfully. In particular, Soyeon delivers her lines with this fantastic, slightly nasally tone, creating this perfect sassy and confident feel that would be really interesting to hear in a Riot Grrrl-esque track. Minnie and Yuqi kick off the choruses with a creatively used censor and a powerful “couldn’t-care-less” energy, while Miyeon and Shuhua deliver strong vocals as they switch tempos halfway through their lines. All the girls have fantastic control over their vocals throughout the track.

While the vocals overall sound great, the song suffers from at times weak lyricism. While Soyeon vocals and rap sounded good, the lyrics are lackluster. “I don’t wanna play this ping pong / I would rather film a TikTok,” she spits out in the second verse, providing the song with an awkwardly placed and childish pop culture reference better suited in a different song. Her verses are delivered in English, and honestly, it would have been better for her to perform it in Korean, as her pronunciation isn’t as clear as it could be.

There are definitely some other questionable lines throughout the song. “Look at my toe, my ex’s name as tattoo / I got to drink up now I like it even if you don’t,” Minnie sings in the first verse. Lines like this are so awkwardly worded and while trying to sound badass just fall flat.

Overall, the theme of not giving a damn about what others think and being a rebel is expressed by G-IDLE in a fun and upbeat way. However, the track could have been more unique and the lyrics could have definitely gone harder to match the rock image. The group has shown that they are capable of tackling new sounds and styles, but for it to work, they need to embrace it fully, and with “TOMBOY,” it just feels like a surface-level anthem.