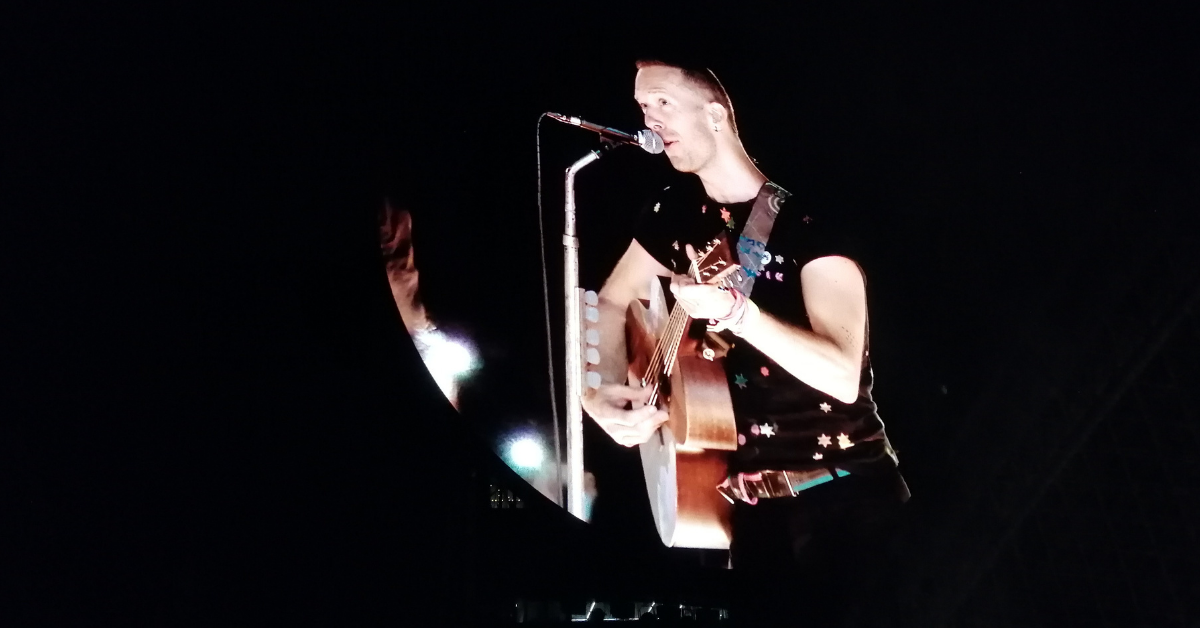 Back in October, Coldplay announced their Music of the Spheres World Tour and shared that they would visit countries they’d never been to. The announcement took Costa Ricans by surprise as Coldplay is one of the biggest bands that have visited the country, and fans have been asking the band to play in Costa Rica for over 10 years. Last Friday, the band kicked off the tour at the National Stadium in San José, Costa Rica, and they delivered a show for the ages.

The first opener of the show was Costa Rican singer MishCatt. The musician was joined by two dancers, and they were all wearing colorful outfits. Of course, the audience went crazy when she came out, and they couldn’t stop screaming. She opened with her first single, “Another Dimension,” and also sang “Breakup Rituals,” “Gun to the Head,” and her latest hit, “Goofy.” The high energy of the public was very helpful for MishCatt as it gave her the motivation needed for a show of this scale. Being part of the music industry in Costa Rica is pretty difficult, so the artist showed her gratitude to everyone on the show, and even brought a guest of her own, Costa Rican musician Mauricio Escalante, a member of Epochs, who joined MishCatt on a song playing the guitar.

Later in the day, American singer-songwriter H.E.R. performed some of her greatest hits. She started on an energetic note with “We Going Crazy,” then, she offered a beautiful rendition of Foy Vance’s “Make It Rain” and even sang an incredible medley of Joan Jett & The Blackhearts’ “I Love Rock ’N Roll,” Queen’s “We Will Rock You,” and her own song “Glory.” At one point during the performance, Miles Caton joined H.E.R. on vocals. The highlight of H.E.R.’s performance was the fact that she played several instruments — acoustic guitar, electric guitar, drums, and the keyboard —, which left the audience astonished. The musician also expressed her excitement about being in Costa Rica for the first time and stated that she loves the country, the food, and the people.

Definitely, MishCatt and H.E.R. warmed up the audience — which not only included Costa Ricans but also fans from Guatemala, El Salvador, Honduras, Panama, and Nicaragua — and prepared them for the main show of the night. Initially, the first notes of “Music of the Spheres” made the crowd cheer while waiting for Coldplay to come out. Then, a short video, which explained the ecological nature of the tour, was played on the two big screens. Finally, the band showed up on stage and started playing their hit “Higher Power.” The audience went crazy.

Chris Martin, Will Champion, Jon Buckland, and Guy Berryman delighted the crowd with hit after hit. The band performed classics such as “Sparks,” “Clocks,” and “The Scientist” as well as live debuts like “People of the Pride” — which sounds even more epic live —, “Humankind,” and “Biutyful.” The energy of the public was incredible, and Coldplay were just as happy to be there. Unsurprisingly, the audience went into a frenzy during “Adventure of a Lifetime,” “Paradise,” and “Viva la Vida.” The audience enjoyed every second of the show with great intensity, and being part of the crowd during songs like “Something Just Like This” and “My Universe” — featuring screenings of BTS — was an otherworldly experience that will surely last in the fans’ memories forever.

A powerful moment of the show was during “A Sky Full of Stars.” The band started playing the song, and, after two lines, Chris stopped the show to ask attendees to stop recording and turn their phones off so that we could all enjoy the moment. Most fans embraced the idea, and everyone enjoyed the song as one. Plus, the stadium truly looked like a sky full of stars thanks to the Xylobands, LED wristbands that have become a staple at Coldplay’s shows.

Certainly, many people’s favorite moment of the show was when Chris started singing “Patriótica Costarricense,” an 1862 civic Costa Rican song by composer Manuel María Gutiérrez Flores. This thoughtful gift as well as Chris’ nearly-perfect Spanish left the whole crowd in awe, and many people started singing along to the song.

Undoubtedly, Coldplay’s first stop of the Music of the Spheres World Tour will forever be on the list of the best concerts in Costa Rica. The energy and enthusiasm at the show were unparalleled, and thousands of Costa Ricans and other Central American fans were outbursting with happiness. Also, Chris’ interaction with the public was really special. All in all, a great experience for everyone who attended.

You can find the setlist of the concert in Costa Rica below, and you can still get tickets for upcoming Coldplay shows at their official website. Happy listening!