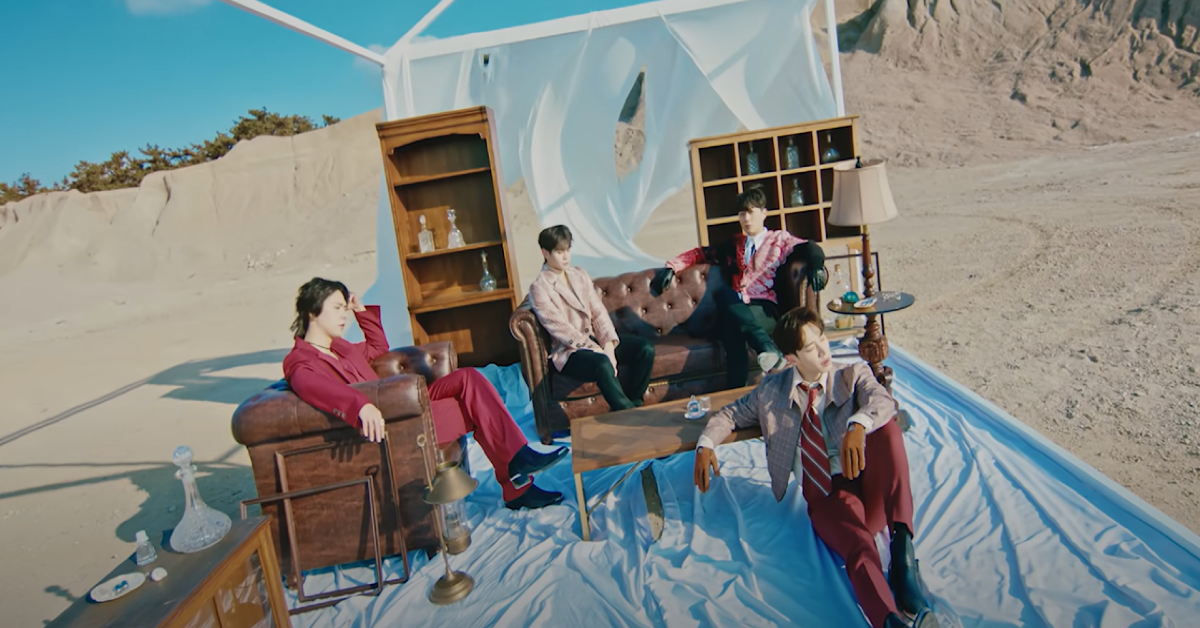 Highlight are finally back! The quartet have returned with their first full-length album DAYDREAM, marking their first release since 2021’s The Blowing.

Similar to their previous releases, the group sticks to easy and laid-back pop. The album as a whole has an underlying vibe of early 2000s adult-contemporary songs, a-la Jason Mraz. Of course, Highlight bring their own touch to it, with the addition of EDM elements and their infectious energy. They do switch things up a little bit on tracks like “Night Fog,” which has a slight Latin flair with an acoustic guitar, and on “Don’t Leave,” they embrace anthemic pop perfect for a crowd to shout along to. Tracks like “Play” and title track “DAYDREAM,” see the group embrace uplifting pop in a way similar to their juniors in the current “4th wave” of K-pop idol groups.

Even with these slight changes between tracks, the album as a whole teeters on the edge of blending together and remaining distinct in its own way. Listening to the record, it was easy for each track to melt into each other, sounding too similar to either other songs on the same album, or to previous releases by the group. The thing that helps the album is the great production and the fantastic vocal performances by the group. While these are definitely two points worth commending, they aren’t quite enough to make the songs stand out in the group’s catalog.

Vocally, all four members sound great. With over a decade under each of their belts, their experience shows and is given its due spotlight on every song. In particular, member Gikwang shines in the title track “DAYDREAM,” hitting these interesting falsetto and faucalized tones within moments of each other. Yoseob, who has a distinctive higher tone to his voice, nails a beautiful and soaring high note on the album closer, “All My Life.” Both Doojoon and Dongwoon are excellent balances between Yoseob’s higher voice and Gikwang’s deeper tone, with their enchanting and sweet vocals throughout every track.

If there is one part of the album that has to be the best part, it is definitely the performances of each member. They sing with years of experience and training, while also giving themselves to the emotions of each song. With that said, the overall sound of the release doesn’t do much to reach a similar level of interest. The tracks don’t sound fresh or really that exciting. That’s not to say the album is bad because it’s not. It just feels very middle-of-the-road, With a group like Highlight being as established as they are, they can afford to play it safe, but it would have definitely been more interesting to see them go outside of their box.

Featured Image: Around Us Entertainment