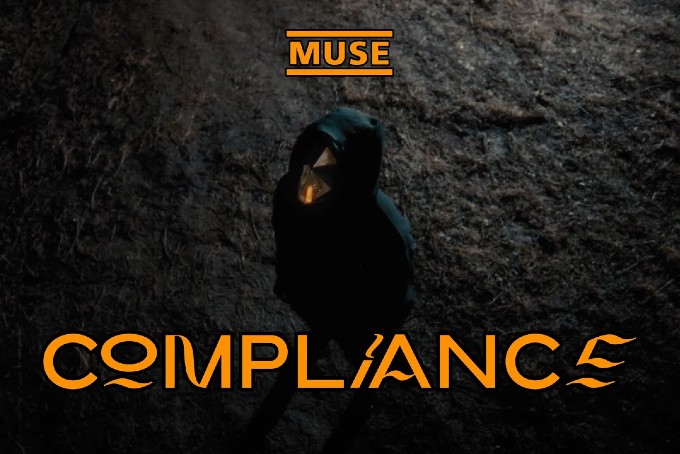 Muse‘s music video for their newest single “Compliance” follows the band’s announcement of their highly-anticipated ninth record Will of the People. Filmed entirely in Poland, the video is an anti-establishment anthem inspired by the film Looper and directed by Jeremi Durand.

Following the theme of the band’s previous single “Wont Stand Down,” the video for “Compliance” heavily relies on a narrative based around social media, political power, and conformity. It follows three masked children in a society that becomes submissive before a rebellion takes place. Yet, the story is told in reverse as these children go out on a quest to destroy their future selves to hopefully dismantle their future oppression. It feels like an Orwellian view of the world and where it is headed since 2020.

When talking about the inspiration behind “Compliance” and the direction of its music video, lead singer Matt Bellamy states, “Compliance’ is about submission to authoritarian rules and reassuring untruths to be accepted to an in-group. Gangs, governments, demagogues, social media algorithms and religions seduce us during times of vulnerability, creating arbitrary rules and distorted ideas for us to comply with,”

“They sell us comforting myths, telling us only they can explain reality while simultaneously diminishing our freedom, autonomy and independent thought. We are not just coerced, we are herded, frightened and corralled to produce a daily ‘2 minutes of hate’ against an out-group of their choosing and to turn a blind eye to our own internal voice of reason and compassion. They just need our Compliance.”

Muse’s music video for “Compliance” is an explosive look into authoritarian rule. After the past two years, its message represents a lot of the anger, mixed signals, and oppression that has been felt by many. Watch the single’s music video above, and mark your calendars for August 26th when Will of the People drops.