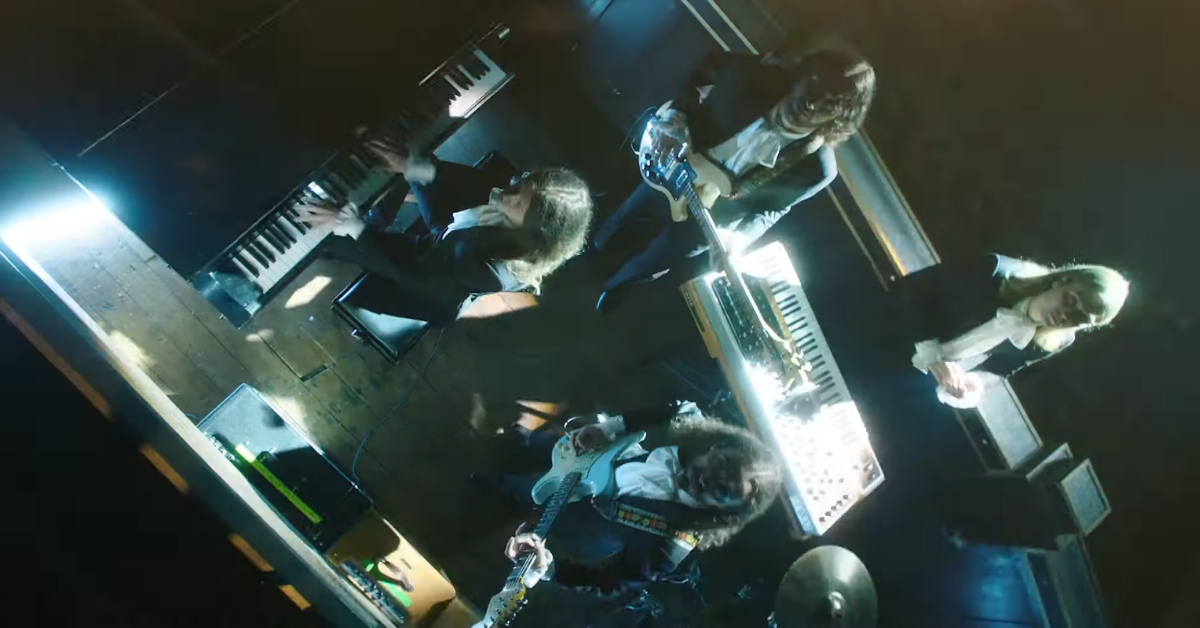 As with previous singles, the music video for “The Sulking Poet” was recorded at the Stockport Plaza. This time, the protagonist of the video is Stormskater, a professional rollerskater and rollerskating instructor from London. Throughout the video, we see her skating on the theater stage with different outfits. After a while, we see Blossoms playing the song in the orchestra pit.

Recently, vocalist Tom Ogden told NME that he “once saw a Blossoms fan page describe me as ‘the sulking poet,’ and I thought that was a great name for a song.” Tom added, “I have been told that I need to smile more from time to time. This song touches on the imposter syndrome I’ve sometimes felt in the past. ‘How did I get here?’ ‘Do I deserve it?’ ‘Should I be enjoying myself more?’”

Definitely, the song reflects the imposter syndrome that affects many of us. The lyrics “God, guess some lives were made to be wasted / I’ve tried, and I’m trying / Yes, I truly hate it” show the hysteria and desperation that wrap the main character. Overall, the lyrics are really good, and they honor the song’s title. Ogden’s way with words shines through the track and demonstrates he was born for this job — even if he sometimes thinks otherwise —.

Previously, Tom had stated that Ribbon Around the Bomb was going to be a concept album. He explained that it revolves around a character called “The Writer” — which is also the name of track 6 —. He told NME, “the more songs I wrote, the more I realized that the writer referenced in the songs was in fact me.” Not only are the songs connected but also the music videos. “The Sulking Poet” ends with a cliffhanger as we hear a knock on Stormskater’s dressing room door, which probably means that we’ll get more music videos in the future.

We can’t wait to listen to Ribbon Around the Bomb in its entirety. In the meantime, watch the music video for “The Sulking Poet” below, and remember to preorder the album on Blossoms’ official website.

One thought on “Blossoms Tackle Imposter Syndrome in New Single”