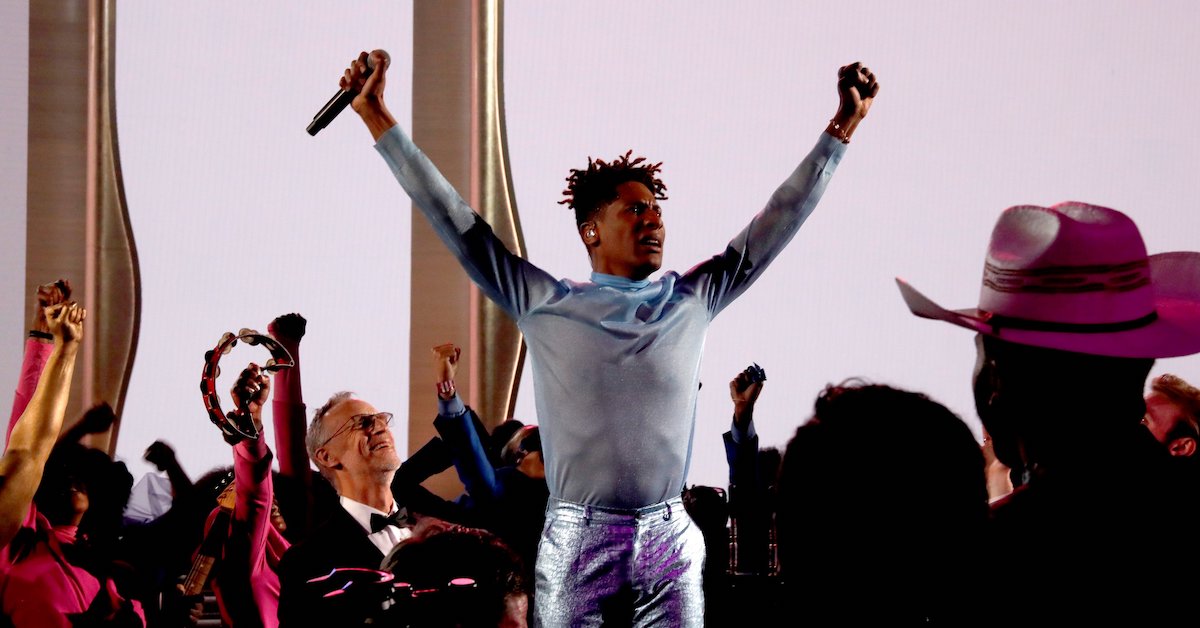 Though it was delayed for the second year in a row, music’s biggest night finally took over Las Vegas on April 3. This was the first time that the Grammy Awards have taken place outside of LA or New York since the ‘70s, but as always it was a night full of performances from nominees and the iconic golden gramophones were handed out to their new honorees. The Recording Academy’s yearly showcase once again felt fairly long and just a bit out of step with what’s actually shaping music these days.

Trevor Noah took over hosting duties again this year, firing out lots of weak jokes in short spurts of time throughout the night. As he pointed out in his opening monologue, Grammy Awards are more of a concert where they hand out a couple of awards. The majority of the awards are handed out before the televised program starts. It was in this portion of the ceremony that Jack Antonoff took home Producer of the Year, Non-Classical; Tyler, The Creator won Best Rap Album for Call Me If You Get Lost; and Kanye West added two more golden gramophones to his collection.

The televised portion of music’s biggest night kicked off with Bruno Mars and Anderson .Paak’s superduo Silk Sonic. They gave a slick performance of “777” that captured a great energy to kick off the show and brought the Vegas spirit. The duo would soon go on to win the first award of the telecast, Song of the Year for “Leave the Door Open.” They would also later win another of the night’s top prizes, Record of the Year.

Olivia Rodrigo brought the suburbs to the stage, performing “Drivers License” in a car parked in an onstage cul-de-sac. She would go on to win Best New Artist and Best Pop Vocal Album, a strong showing from her banner breakout year with Sour but less than many expected.

BTS, Lil Nas X, and Billie Eilish gave some of the most engaging performances of the night. BTS broke out their slick choreography with a fun Mission: Impossible inspired performance of their hit “Butter.” Lil Nas X did a selection of songs from his album Montero including “Dead Right Now,” “Montero (Call Me By Your Name),” and “Industry Baby.” Billie Eilish performed “Happier Than Ever” in an upside down house and a t-shirt honoring the recently deceased Foo Fighters drummer Taylor Hawkins. In a nice acknowledgement of the huge impact touring has on the music industry, many of the night’s artists were introduced not by celebrities, but by members of their touring staff.

There were plenty of other artists that took the stage to fill out the show, including an energetic big band Lady Gaga, J Balvin saluting Latin music, Broadway stars saluting Sondheim, and a technicolor dreamscape from the night’s most nominated performer Jon Batiste.

While many nominees were in attendance, music’s biggest night was missing some of its biggest names. Kanye West, Taylor Swift, Tyler, the Creator, Kendrick Lamar, Cardi B, Ed Sheeran, Ariana Grande were all nominated, yet not in attendance. This left a real gap in the star power available for performances that started to set in halfway through the second hour.

It was around this time that President of Ukraine Volodymyr Zelenskyy introduced a performance from John Legend through a pre-taped introduction. Zelenskyy gave an impassioned speech that deftly connected the occasion to the situation playing out in his country. The telecast however did not do as great a job of executing this delicate subject. Placed squarely in the middle of a night where two of the top prizes went to a song about leaving the house unlocked for a booty call, it was a jarring pivot in tone. In the performance that followed John Legend sang his new song “Free.” He was joined by Ukranian bandura player Siuzanna Iglidan, singer Mika Newtown, and poet Lyubov Yakymchuk. CBS made sure to point out that Newton’s sister is fighting in the Ukrainian army, and that Yakmchuk fled Ukraine “days ago.” While it drew attention to a pressing world issue, the moment seemed like poor corporate activism and wildly out of touch with the gravity of the situation. As Zelenskyy said himself “Our musicians wear body armor instead of tuxedos.”

As quickly as this serious moment came, it was over and the night dragged on as we worked our way towards the top prize. Jazmine Sullivan took home Best R&B Album, H.E.R. performed with Travis Barker and Lenny Kravitz, and Carrie Underwood debuted a new song while trying to give her best Celine Dion power ballad imitation (it was a poor imitation and an okay song). The show wrapped up with Album of the Year going to Jon Batiste for his R&B album We Are. As the night’s most nominated artist, Batiste was nominated for eleven Grammys of which he won five.

Even after the last award was handed out, there was one final performance from Brothers Osbourne adding to the feeling the biggest night might just be a reference to length and not thrill or spectacle.