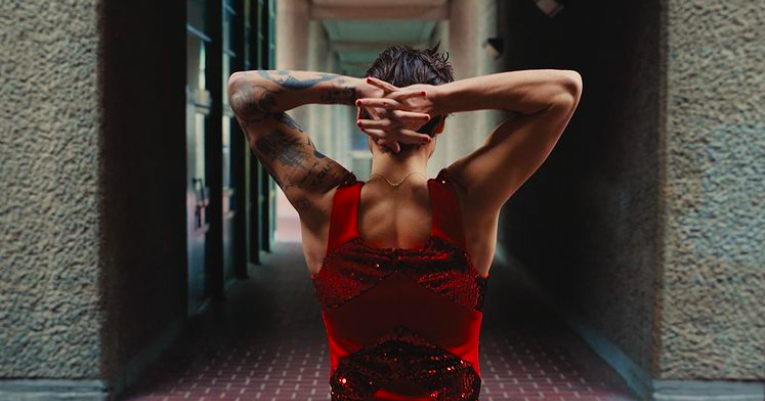 The moment we’ve all been waiting for has finally arrived, and the moment were referring to is the return of Harry Styles! Styles gives fans a taste of his highly anticipated upcoming album Harry’s House with his new single “As It Was.” The last time we got new music from Harry was over two years ago in 2019 with the release of his sophomore album Fine Line. The lyrics to “As It Was” shine a light of vulnerability on Styles like we haven’t seen before with a beat that makes us wan’t to get up and dance.

The song starts off with a voice memo of Harry’s god-daughter saying “Come on, Harry, we wanna say goodnight to you.” Over an 80’s synth like beat, Harry sings some of his most vulnerable lyrics to date reminiscing on a time full of loneliness and change. When talking about the single in an interview Harry stated “The song is about metamorphosis, embracing change and former self, perspective shift and all that kind of stuff. It just felt like the thing I wanted to say, the thing I wanted to be doing and the kind of music I wanted to make coming back.”

In addition to the catchy new song, Harry also released a breathtaking music video for “As It Was.” The video see’s Harry literally shedding back layers of himself adding to the sense of vulnerability heard in the song. With vibrant colors and incredible choreography you won’t be able to take your eyes off the screen for this one.

It’s so hard to believe that even more music is coming from Harry this year, and so soon too! The rest of Harry’s House is slated to be released on May 20 and we are counting down the days until then! Styles will perform the song live for the first time as he takes the stage headlining Coachella festival starting next Friday, April 15! We are so excited for Harry Styles return and cannot wait to see what else he has planned for 2022. You can check out his new video for “As It Was” down below!