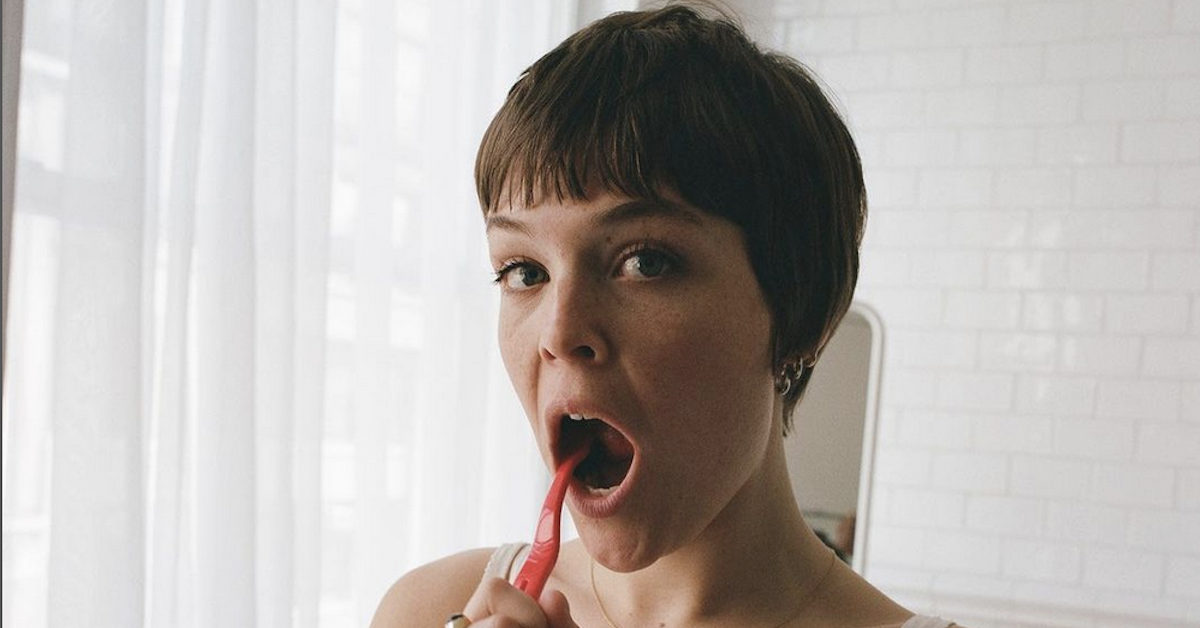 After lots of teasing on TikTok, Maggie Rogers has finally released her new single “That’s Where I Am.” The song serves as the first single off of her forthcoming sophomore album Surrender; which Rogers announced at the end of March.

The song was recorded in Peter Gabriel’s Real World Studios in the UK. Kid Harpoon, who previously produced “Light On” for Rogers, produced this alternative rock track that pulls from early aughts sensibilities but gives them modern spin. About the inspiration for the song Rogers wrote “I watched 10 Things I Hate About You on the plane over and thought it could be fun to make something that sounded like it could run in the end credits of a romcom. Those songs always seemed so sure of themselves. So joyful. Everything tied up with a bow. A happy ending, that’s what I was craving. Needed it more than anything.”

The song does wonderfully capture that swell of optimism and hope. It starts with bubbling distorted vocals which serve as the percussive drive for the first verse. Hand claps build on this as the pre chorus kicks in and Rogers’ voice starts to unleash itself. On the chorus she sings “It all works out in the end/ Wherever you go, that’s whеre I am / Boulders turn into sand / Wherеver you go, that’s where I am.”

The song is accompanied by a music video which was released the same day as the song. In it, Maggie Rogers gets ready and then spends a day stomping through the streets of New York. The video was filmed in March during the spring break of her graduate school program at Harvard University. Amongst the many characters she comes upon in the video are some famous faces – David Byrne, The Walkmen’s Hamilton Leithauser, and photographer Quil Lemons.

This song is our second taste of Maggie Rogers’ upcoming project Surrender. The singer-songwriter announced the project with a 100 second trailer in which she reads a sort of poem entitled Surrender. The poem is accompanied by various visuals including shots of the city, Rogers crying into the camera, Rogers stripping off her sweater, and nature shots of waterfalls and fire. The video ends with a clip of an unreleased song called “Overdrive.” Surrender is due out July 29.