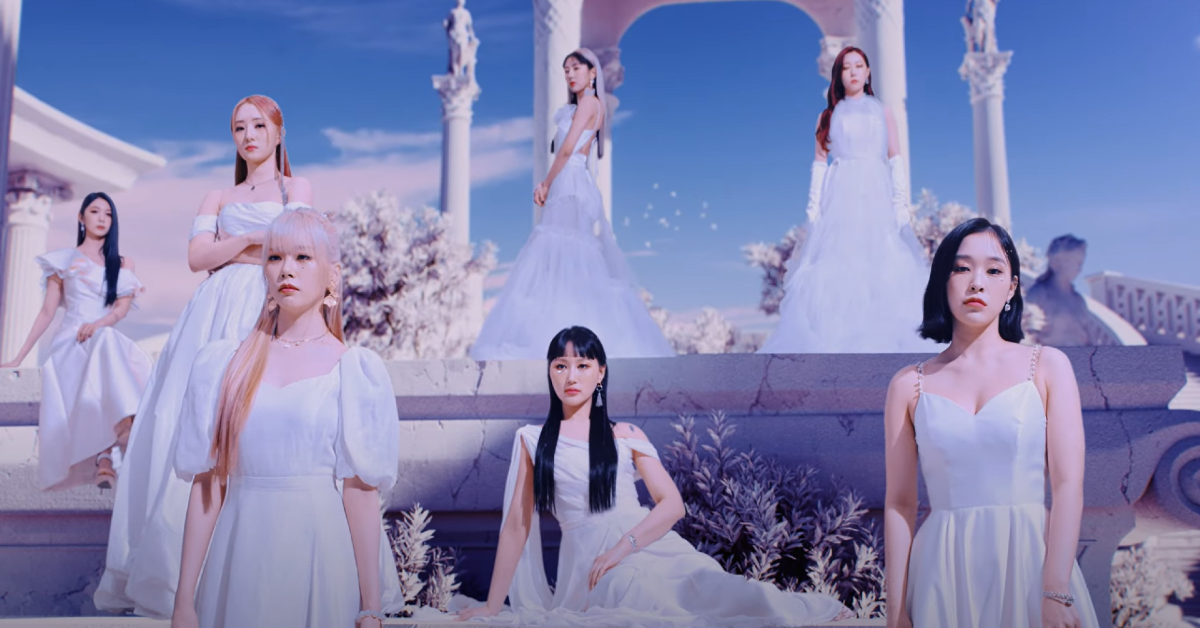 DREAMCATCHER are back not just with a new album and single, but with a powerful message for the entire world. The 7-piece has just dropped their second full-length album Apocalypse: Save Us and have kicked things off with a bang with its lead single “Maison.”

DREAMCATCHER has been a unique group since its debut back in 2017, mixing hard-hitting rock music elements, grittier lyrics, and fantastical concepts. “Maison” is no different. Opening with a fuzzy bass line, and quickly layering on heavy distortion, the track immediately brings the intensity. The track has a great futuristic vibe, fitting the theme wonderfully as well as being a nice contrast to the vocals of the group. The bridge switches up things drastically, opting for a dramatic orchestral moment, before building right back into the fire. After the bridge, a driving beat is added to the chorus, elevating the tension and hype even more. It’s a great touch that keeps the track engaging and interesting. Each listen through, something new can be heard.

The girls are in top form throughout the track. Their soft but powerful voices, often overlay harmonies, are a stark but great contrast to the heavy track. Besides the members’ harmonies, there are points in the song where deeper male choir chants are added, once again adding contrast and bringing the drama. It really adds to the song, giving it even more of a theatrical sound. Rapper Dami really shines on her verse, with her deeper tone instantly grabbing attention and an excellent “whisper scream,” bringing the track back to its rock influence.

“Maison” is an aggressive and incredibly engaging call-to-action. With this track, DREAMCATCHER has continued to show their uniqueness, not just in sound, but in themes, using their position to make a stand and encouraging listeners to do the same.