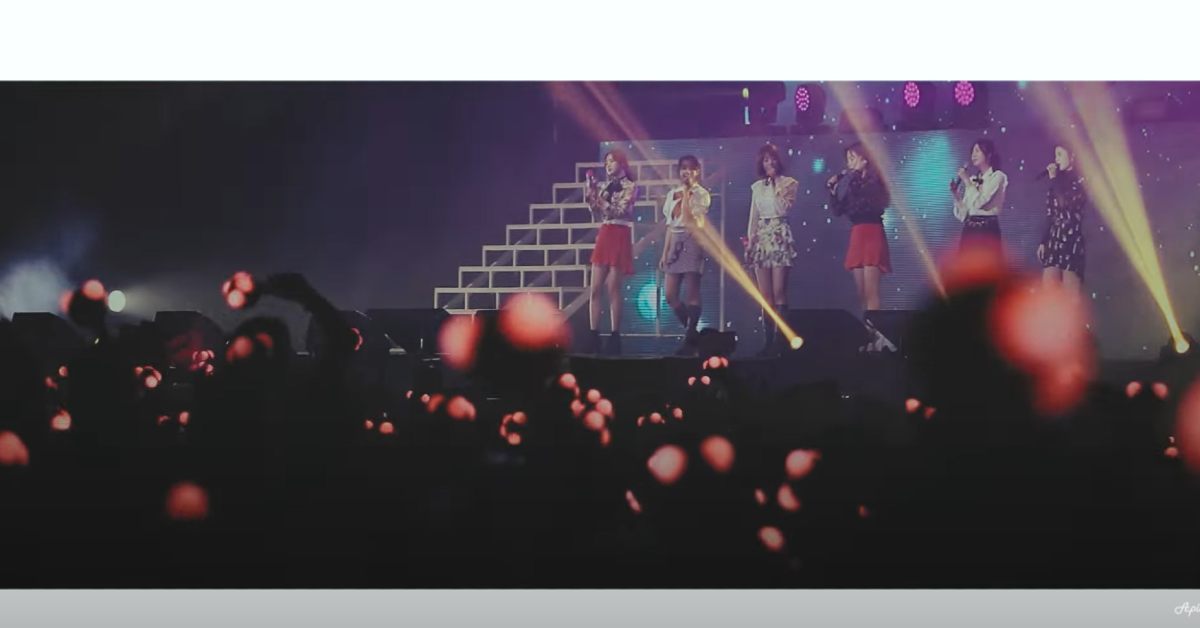 Girl group Apink is one of few groups in the K-Pop industry to beat the so-called “7-year curse,” as it’s common for groups to disband around that milestone; or many times, even earlier. Now having reached their 11-year anniversary as a group, Apink has released a new single to celebrate the occasion with fans. “I Want You To Be Happy” also marks the first time all of the members have been involved in writing the lyrics, making the track all the more personal.

Opening with an almost melancholic piano, the track immediately becomes more emotional as a soaring string arrangement joins the fray. The track has all the makings of a sentimental and climatic ballad. Hidden under the strings, piano, and a drumbeat lies some nice synths that give the song a more full sound, as the strings at times don’t sound like a live recording. Even with that, the arrangement is wonderful and is a great vessel to carry the group’s vocals and message.

Fans of Apink, known as “Panda,” are sure to find this song even more emotional, and perhaps somewhat sad. It was confirmed at the beginning of April that member, Naeun, would be leaving the group. While Naeun has shared her love for her group members and management, saying in an open letter that she would now continue on as a Panda, celebrating the group’s future success, it’s still a sensitive time for fans.

With that in mind, “I Want You To Be Happy” serves two purposes: one, as a love letter to Apink’s fans who have been with them through the highs and lows, and two, as a farewell to Naeun. “I’m the only one who needs to know the tears I shed alone,” member Bomi declares in the chorus. Eunji continues that sentiment, following with the line, “Always, in front of you, I want to smile no matter you what.” With these lyrics and their delivery, the girls are showcasing both vulnerability in sharing these thoughts while also not wanting fans to worry about them. This is the group’s way of saying that everything is going to be okay and that all the group wishes for is for their fans to enjoy life.

The group is also sending a message to Naeun, letting her know that they will be okay and will stay strong as a group, even without her presence. It’s a beautiful and touching tribute to a group member and friend who has been with them since the beginning.

The song’s Korean title, “나만 알면 돼” is actually more intense than its English translation. It’s more of “I need you to be happy,” rather than “want.” This is reinforced at the end of the song with Eunji singing, “You have to be happy.” It’s word choices like these that elevate the impact of the song’s message and really showcase the intention of the members.

“I Want You To Be Happy” is a song that achieves both bringing comfort to listeners while also marking the end of their chapter with Naeun. With this release, Apink has let fans know that they getting through this difficult time and are ready to embark on a new chapter, one in which they can bring even more joy to everyone listening.